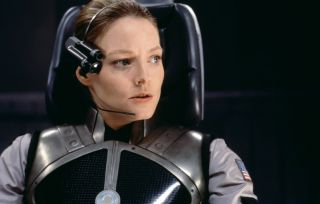 Looking for science- and technology-themed entertainment on Netflix? Live Science will walk you through what’s new to the site this month.

Ashley Madison: Sex, Lies, and Cyber Attacks (Channel 4, 2016) A documentary produced by Channel 4, a public-service television broadcaster in the United Kingdom, sifts through the scandal that rocked an internet dating website. Ashley Madison, an online "hookup" site infamously marketed to adulterers, fell victim in 2015 to one of the largest data hacks to date, compromising the names and credit card numbers of an estimated 24 million people.

Code: Debugging the Gender Gap (Finish Line Features, LLC, 2015) Software engineering and programming are among the most rapidly growing fields in the world, yet women and minorities remain drastically underrepresented. This documentary explores how avenues might be opened to encourage more women and girls to pursue careers in computer science, and how society would benefit as a result.

Project MC²: Part 4 (Netflix Original, 2016) In the fourth season of this Netflix Original series, a group of brainy teenage girls employ science and technology in their undercover missions as secret agents for the clandestine government organization NOV8 (pronounced "innovate").

Growing Up Wild (Disneynature, 2016) Documentary camera crews follow newborn wild animals — a lion, a cheetah, a chimpanzee and a grizzly bear — as they face the pitfalls and rewards of growing up in their native habitats, and weather the tough lessons that will teach them how to survive in the natural world.

Be Here Now (Silver Lining Entertainment, 2015) Welsh actor Andy Whitfield, best known for portraying Spartacus in the Starz television series "Spartacus: Blood and Sand" (Starz, 2010), was diagnosed in 2010 with non-Hodgkin lymphoma. A documentary produced in close collaboration with Whitfield and his wife offers an intimate portrait of their daily lives as they confront the challenges presented by his terminal illness.