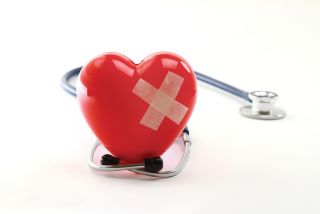 Stem cells may be able to repair broken hearts, a small new study in monkeys finds.

In the study, the researchers transplanted heart muscle cells that were made from the stem cells of a macaque into the damaged hearts of five other macaques.

The transplanted cells integrated with the monkeys' own heart muscle cells and allowed their damaged hearts to function better, according to the study, published today (Oct. 10) in the journal Nature.

However, because the study was conducted in a small group of young macaques, more research is needed to see if this procedure would work in humans. [10 Amazing Facts About Your Heart]

Previous studies have suggested that heart muscle cells derived from stem cells may hold promise for repairing damaged hearts, the researchers wrote in the study, published today (Oct.10) in the journal Nature.

Ideally, these heart muscle cells would be created using a patient's own stem cells, as research has shown that such cells are less likely to be rejected by the patient's immune system, according to the study.

But because the researchers wanted to transplant cells into the hearts of several monkeys as opposed to just one monkey, it would have been expensive and difficult to manufacture personal cells from each individual monkey. A cheaper and easier alternative involves using cells that come from one donor for several recipients — though there is a higher risk of rejecting such cells by the recipient's immune system that may recognize them as foreign, the researchers said.

The researchers noted that the macaques became more prone to experiencing irregular heartbeats after receiving the transplanted cells.

These irregular heartbeats lasted up to four weeks after the transplants, said study co-author Dr. Yuji Shiba, an associate professor of cardiovascular medicine at Shinshu University.

The side effect was not deadly, however, and all of the macaques lived for the entire three-month study period, Shiba told Live Science.

The animals were euthanized at the end of the study period, and therefore it is not clear whether the immune system would not still reject the transplanted cells after a period that's longer than the three-month review, according to the study.