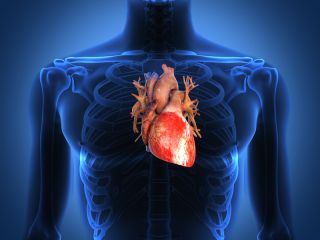 Organ transplants can save lives, but patients sometimes reject their new organs. Now, experiments in mice surprisingly reveal that there may one day be ways to ensure that patients who previously rejected transplants will be able to accept future ones.

Organ rejection happens when the immune system sees a transplanted organ as foreign and attacks it. This response depends on a kind of immune cell known as T cells.

Doctors try to avoid transplant rejection by finding donors whose organs are molecularly compatible to those of patients, and by giving patients drugs that suppress their immune system by targeting T cells. But it's only very rarely that patients can stop using immune-suppressant drugs and tolerate the transplant.

Moreover, some patients reject their new organs — or "grafts," as they are also called — after months or even years of tolerating their transplants. This may be because a new infection makes a person's immune systems sensitive to the presence of foreign tissue, researchers say. The assumption was that in these cases, any subsequent transplants would also be quickly rejected, and that loss of tolerance is permanent because of the alert state of the immune system. [9 Most Interesting Transplants]

"When a person becomes infected, the immune system becomes activated to fight this infection," study co-author Anita Chong, a transplantation biologist at the University of Chicago, told Live Science. "The inflammation that accompanies some infections can also cause activation of the graft-specific immune response and, ultimately, graft rejection."

In the new research, Chong and her colleagues conducted experiments in mice that unexpectedly suggested that after an infection triggers rejection of a transplanted organ, the rodents could regain tolerance of transplanted organs.

The scientists first conducted heart transplants on the mice, and gave them drugs that helped them tolerate the new organs. Then, they infected the rodents with Listeria bacteria, which caused the immune systems of about half the mice to stop tolerating their new organs, and start rejecting them.

The researchers found that seven days after rejection, these mice could tolerate a second heart transplant — if these new organs were a molecular match for the first transplanted organs.

Furthermore, the mice could accept these new organs without needing any more immune-suppressant therapy.

"This is quite remarkable, as we had anticipated that the infection that precipitated the organ rejection would have broken the tolerance permanently, and that therefore the mice would rapidly reject the second graft," study co-author Maria-Luisa Alegre, also a transplantation biologist at the university, told Live Science.

At the time the mice first rejected their heart transplants, higher levels of certain T cells were seen that might have caused the rejection, according to the study. However, after seven days, the levels of these cells were much lower, potentially explaining why these mice could tolerate another transplant.

These findings suggest that after immune tolerance of transplants gets established, this state of tolerance can get restored if the events that triggered the rejection, such as an infection, are rapidly dealt with, Chong said.

The researchers cautioned that the techniques they used to trigger transplantation tolerance in mice cannot be directly translated to humans. However, Chong noted that clinical trials are ongoing to identify ways to induce tolerance in people.

She said, "Whether the same rules of persistence of tolerance apply to humans remains an open question that requires testing."

The scientists detailed their findings online today (July 7) in the journal Nature Communications.