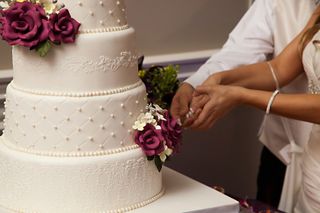 In places where men outnumber women, it might seem like science would suggest that more testosterone and fewer available females might lead to less stability in relationships. But a new study shows that's not the case.

The research showed that counties in the U.S. with more men than women generally had higher rates of marriage, fewer births outside marriage and fewer single female heads of household — all of which are generally signs of greater family stability, according to the researchers.

"There's this numerical expectation that, as men increase in numbers, that means that there are fewer women available, so men are less likely to get married," said Ryan Schacht, the study's lead author and a postdoctoral researcher in anthropology at the University of Utah. But in reality, human behavior is "flexible, and responsive to context," he said. [I Don't: 5 Myths About Marriage]

In the study, the researchers looked at U.S. Census data from 2,800 counties in all 50 states, focusing on the relationship between each county's gender ratio (the number of men relative to women) and certain markers of family stability that researchers commonly use in research like this, such as marriage rates and the percentage of households with children who were headed by single women.

In other words, the new research does not support the assumption that if there are more men in an area, there will be more unmarried men.

Schacht said these results can be explained through the so-called mating market theory, which applies the principles of supply and demand to partnering.

"Ifyou're the rarer sex, you have more bargaining power; you have greater leverage in terms of what you demand out of a partner," Schacht said. So in places with more men, the men are more responsive to women's desires, in order to find a partner, he said. The researchers think that in places where there are fewer women than men, men become more focused on marriage and, therefore, more likely to marry than men in places where there are plenty of women.

The new findings agree with other research on this topic, said Therese Hesketh, a professor of global health at University College London who was not involved in the new study. "A lot of the arguments around excess males are that they create a more stable society within the married groups of people," she told Live Science.

In other words, a higher ratio of men to women benefits the families of these men. However, Hesketh noted that, in places with very unbalanced ratios, having a large number of men who are unable to marry may still lead to societal problems.

One of the main theoretical concerns is that greater numbers of unmarried men will cause an increase in societal problems through their aggression. Men, in general, are more likely than women to be both the perpetrators and victims of violence. According to the Federal Bureau of Investigation, 80.1 percent of people arrested for violent crimes in 2012 were male. Some experts have theorized that, due to greater sexual frustration and psychological vulnerabilities (such as low self-esteem and depression), unmarried men might be more aggressive than their married peers.

However, there is little evidence to support this theory. Hesketh has studied this specific theory, and hasn't found that unmarried men present a particular threat to their societies. "Many of these men, who aren't ever going to marry — they're really no different than any other guy," she said. "They're not interested in committing crimes. They're just not very happy." [Macho Man: 10 Wild Facts About The Male Body]

The authors of the new paper caution that culture, education and socioeconomic factors could alter the interplay between sex ratio and relationship outcomes. This new study was inspired by Schacht's previous research in the South American country Guyana, and there, he also found that in villages with more men than women, men were more likely to prefer committed, long-term relationships than men in villages with more women than men. However, sex ratio may not have the same impact in India, where the caste system forbids certain men from marrying, the researchers noted in their paper

And the measures of family instability, such as out-of-wedlock births, could carry different weight in other countries. For example, more than 50 percent of babies born in London are born to unmarried women, but these women are often in committed partnerships, Hesketh said.

Most places in the United States have relatively imbalanced sex ratios, Schacht said. Men tend to outnumber women in the rural West, but women outnumber men in urban areas and in the South. These gender-ratio imbalances may be subtle, but "this idea about sex ratio imbalance influencing individuals, influencing your relationship options, is very real," he said.