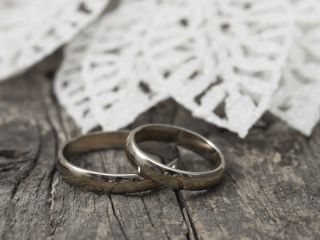 The marriage rate in the United States is continuing its decades-long downward slide, with fewer American women than ever getting married and others waiting longer to wed, according to a new report.

The marriage rate has fluctuated in the past, with dips in the 1930s and 1960s, but it has been in steady decline since the 1970s.

"Marriage is no longer compulsory," study researcher Susan Brown, co-director of the National Center for Family and Marriage Research (NCFMR) at Bowling Green State University, said in a statement. "It's just one of an array of options. Increasingly, many couples choose to cohabit and still others prefer to remain single." [I Don't: 5 Myths About Marriage]

To calculate the marriage rate, researchers look at the percentage of women older than age 15 who get married each year, so the plummeting numbers could also be explained, in part, by Americans delaying marriage longer than they have in the past. A woman's average age at first marriage in the United States is now nearly 27, the highest in more than a century, according to the NCFMR report.

Still, among all American women over 15, less than half (47 percent) are married today, the lowest since the turn of the 20th century, and down from a peak of 65 percent in 1950, the report found.

On the other hand, the proportion of women who are separated or divorced is on the rise, at 15 percent today, compared with less than 1 percent in 1920, the researchers say.

"The divorce rate remains high in the U.S., and individuals today are less likely to remarry than they were in the past," Brown said.

Just 26 percent of black women are married today, compared with 56 percent of Asian women, the ethnic group with the highest proportion of married women. And while the percentage of college-educated women who get married has changed little in the past 50 years, it has dropped most significantly among women without a high school diploma, the analysis revealed. Among women with a bachelor's degree, 60 percent are married, compared with less than 30 percent among those who never graduated high school.

The researchers say their report is based on data from the National Vital Statistics "100 Years of Marriage and Divorce Statistics United States 1867-1967," the Centers for Disease Control and Prevention/National Center for Health Statistics, and the U.S. Census Bureau.