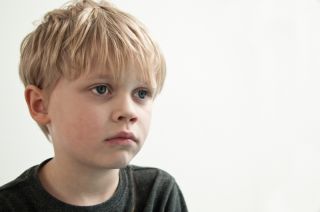 The active and vivid imagination that children naturally possess may help make them receptive to the alternative-medicine approach known as hypnotherapy, or medical hypnosis.

Hypnosis may help kids who are experiencing certain health or behavioral problems, such as stomach pain or anxiety, said experts who have studied hypnotherapy in children. But they note that much more research is needed to better understand how the technique might work, and which children it might help.

"It is much easier to get kids into a hypnotic state — to bring them away from the here and now and give them therapeutic suggestion — than it is with adults," said Olafur Palsson, a clinical psychologist at the University of North Carolina at Chapel Hill Center for Functional GI & Motility Disorders.

Palsson has developed hypnotherapy programs for children and teens who experience stomach pain and intestinal complaints. Reviews of the scientific literature show that "hypnotherapy may be a helpful treatment" for people with irritable bowel syndrome, according to the National Institutes of Health (NIH). "Several studies of hypnotherapy for IBS have shown substantial long-term improvement of gastrointestinal symptoms as well as anxiety, depression, disability, and quality of life," the agency said on its website.

Children are extremely responsive to imagery, which is a key aspect of hypnosis, making it easier for a therapist to hypnotize them, Palsson explained. The NIH defines hypnosis as a practice that "involves the power of suggestion, by a trained hypnotist or hypnotherapist, during a state of deep relaxation." [9 Weird Ways Kids Can Get Hurt]

Kids have very active imaginations, and they can quickly enter into a state of heightened imagery and focus, Palsson said. In this hypnotic, or trance-like state, children's senses are engaged, and the hypnotherapist can weave therapeutic suggestions into the imagery to help the child achieve a goal, such as reducing pain or changing a behavior.

For children, hypnotherapy may often take the form of a story — possibly an adventure story.

For example, a young child might be asked to imagine that he or she has found a magical object like a stone or a diamond, and be instructed to hold it in his or her hand, Palsson told Live Science.

He said that the child might then be asked to imagine that the magic stone melts into his or her hand, turning it into a magical, healing hand that gets lit up by a shining light. The hypnotherapist might then recommend that when the child experiences stomach pain, he or she should imagine putting that magical, healing hand on his or her stomach to feel more comfortable, Palsson explained.

For an older child with abdominal complaints, such as a tween or early teen, Palsson said that he might use imagery that imbues a child's favorite drink with superpowers, and when this drink is sipped, it makes the child's insides feel comfortable and soothed.

Palsson said that the use of hypnotherapy in children offers some of the best clinical evidence for the treatment of functional abdominal pain — a stomachache that is not linked with any known physical problem — as well as for the treatment of irritable bowel syndrome.[10 Scientific Tips for Raising Happy Kids]

Another area where research has found hypnotherapy in children to be effective is its use in reducing the pain, stress and anxiety that accompany uncomfortable medical procedures, such as bone marrow aspirations, Palsson said.

Besides helping to reduce pain from procedures or disease-related pain, a small study published in the journal Pediatrics in 1987 found that children ages 6 to 12 who had migraines, and who were taught a self-hypnosis technique that they practiced at least once a day, had fewer migraines after three months than did children who were given medication or a placebo.

Hypnotherapy can be very helpful in children when stress-related reasons might be a major cause of their symptoms, said Dr. Ran Anbar, a pediatric pulmonologist (lung specialist) who provides medical hypnosis and counseling to children and teens at Center Point Medicine in La Jolla, California.

For example, teaching children to do self-hypnosis to calm themselves down during an asthma attack can be very effective at helping them to breathe easier, said Anbar, who has studied the use of hypnotherapy in children with asthma and other breathing difficulties. He explained that hypnotherapy can help break the cycle of fear and panic that may set in when children with asthma feel short of breath.

Hypnotherapy also works well for vocal cord dysfunction, a common stress-related problem in teenage girls in which the vocal cords close down and make it difficult to breathe, Anbar told Live Science.

There is less research on the use of hypnotherapy in kids for psychological and behavioral issues than there is for physical problems, Anbar said. But he has provided medical hypnosis to children to help treat bed wetting, phobias and anxiety

Anbar said that he approaches medical hypnosis with kids who are ages 5 to 12 with imagery that is different from what he would use for a younger child, but the goals are similar: to engage the child's imagination and weave in therapeutic suggestions. [Top 10 Controversial Psychiatric Disorders]

For example, Anbar said, if he is working with a boy or girl who stutters, he might ask the child to pretend that he or she is a singer who does not stutter when belting out a song.

Anbar said he sometimes works with children for a few sessions in his office to create the right story and therapeutic suggestions to address the child's problem, but the goal is for the children to practice these self-hypnosis techniques at home on their own, perhaps with the aid of a recording or a parent who is reading the story.

Palsson said that he has found that hypnotizability peaks in children between the ages of 7 and 14, when kids may be most open and receptive to this mind-body approach. Anbar said he has provided medical hypnosis to children as young as 3.

Hypnotherapy may work in both kids and adults because the brain and body are interconnected, Palsson said. When people are experiencing sensations in their body, such as the perception of pain or fear, undergoing hypnosis is a great way for them to help access these sensations and also to become aware of them — which may help them learn to regulate the nervous function that makes those sensations, he explained.

However, much more scientific research on hypnosis must be done, so that evidence of its benefits for particular medical and psychological conditions can be gathered, Palsson said.