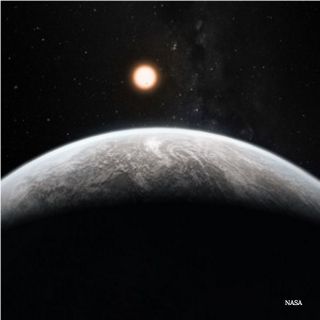 Astronomers have confirmed 104 planets beyond the solar system that were spotted by NASA's revamped Kepler space telescope.

Launched in March 2009, Kepler spent four years staring at small patch of the sky looking for slight dips in the amount of light coming from about 140,000 target stars. Scientists then used the information to determine which light dips are caused by planets passing across the face of their parent stars, relative to Kepler's line of sight, as opposed to, for example, stellar flares or eclipsing binary stars.

A pointing system problem sidelined Kepler in 2013, but engineers devised a new way to operate the telescope using its two remaining gyroscopes, its thrusters and the pressure of sunlight.

For stability, the telescope needs to be oriented nearly parallel to its orbital path around the sun, which is slightly offset from Earth's orbital plane, known as the ecliptic.

Kepler now observes a portion of the sky for up to 83 days and then rotates to prevent sunlight from coming into its field of view.

In its new mission, dubbed K-2, Kepler so far has found 458 candidate planets, 127 of which have been confirmed, NASA said.

The tally includes 104 extrasolar planets confirmed this week, which brings the total number of known planets beyond the solar system, found by Kepler and other telescopes, to 3,472.

The newest members of the planet list include four worlds, ranging in size from 20 percent to 50 percent bigger than Earth, orbiting the same star.

Two of the planets, K2-72c and 72e, are properly distanced from the host star for liquid water, if it exists. Because the star is about half the size of the sun and much dimmer, its so-called "habitable zone" is closer than where Mercury's orbits the sun in our solar system.

Scientists believe all four of K2-72's planets are rocky. The star is located about 181 light-years away in the direction of the Aquarius constellation.

The research is published in this week's Astrophysical Journal Supplement Series.