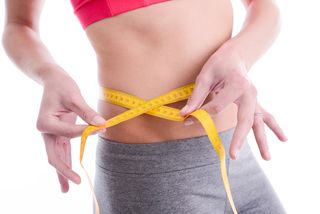 People who take some of the newest weight-loss prescription medications on the market typically lose about 5 percent of their body weight over one year, a new review of studies suggests.

In the study of overweight and obese people who took one of five different prescription weight-loss drugs designed for long-term use, 40 to 70 percent (depending on which medication they took) achieved a loss of at least5 percent of their body weight. In comparison, 23 percent of adults who were given a placebo lost at least 5 percent of their body weight, according to the findings, published today (June 14) in the journal JAMA.

The analysis found that the five medications evaluated generally helped people lose 5 to 20 lbs. (2 to 9 kilograms) after 52 weeks of use, said Dr. Siddharth Singh, a gastroenterologist and assistant clinical professor of medicine at the University of California, San Diego, and the lead author of the study.

Four of the five weight-loss medications studied were newer prescription drugs introduced to the market within the past four years, Singh said. The four new drugs were liraglutide (brand name: Victoza), lorcaserin (Belviq), naltrexone-bupropion (Contrave) and phentermine-topiramate (Qsymia). The fifth drug evaluated was orlistat (Xenical), which was approved by the Food and Drug Administration in 1999. [Weight Loss Drugs: Pros and Cons of the 5 Approved Prescriptions]

The most effective medication, phentermine-topiramate, produced an average weight loss of about 20 lbs. over a year, Singh said.

"Weight-loss medications are not magic bullets," Singh said. Although the amount of weight loss might not seem that high, it's just one aspect of the health benefits seen, he said.

With a loss of 5 to 10 percent of body weight, some overweight or obese people may begin to also see improvements in other risk factors for heart or metabolic disease, such as their blood pressure, cholesterol or blood sugar levels, and that can mean improvements in their overall health, Singh explained.

In the study, the researchers analyzed data collected from 28 randomized clinical trials that included a total of more than 29,000 overweight or obese adults. The studies were conducted between 1998 and 2015. Each study looked at people taking a weight-loss drug for at least one year, and compared the weight loss in these people to that of men and women taking a placebo.

In all of the studies, participants also were asked to cut back on daily calories and exercise more, but the new study did not look at whether participants actually adopted these lifestyle changes, the researchers said.

The backbone of any strategy to lose weight is lifestyle change, such as changing diet, modifying emotional eating, cutting calories, controlling portion sizes and increasing physical activity, Singh told Live Science. Weight-loss medications are not meant to be taken for long periods of time, he said. [How to Start an Exercise Routine and Stick to It]

The data also showed a high dropout rate — the percentage of people who stopped taking the drug before the year was over — of between 30 and 45 percent of participants, the researchers noted. The two weight-loss drugs with the highest dropout rates were liraglutide and naltrexone-bupropion.

People may drop out if they are experiencing side effects of the medication they were given, or if it is not producing noticeable benefits, Singh said. The most common side effects among the people in the review were gastrointestinal problems, such as nausea, vomiting, diarrhea or bellyaches; as well as mood problems, such as worsening anxiety and depression, Singh said.

Although there is a lot of enthusiasm in the weight-loss field because of the recent addition of new medications and new procedures, the amount of weight loss seen by people who have used the medications for at least a year may not seem too exciting, Singh said.

But treatment for each patient who wants to lose weight needs to be highly individualized, to figure out which strategies — lifestyle and behavioral, medications and surgical procedures — may be the right fit for successfully achieving weight loss, he said.

There's a need for more head-to-head trials that compare the effectiveness of weight-loss medications to one another (rather than comparing each drug to a placebo), as well as research comparing the medications to different weight-loss strategies, such as surgical procedures and behavioral approaches, Singh said.