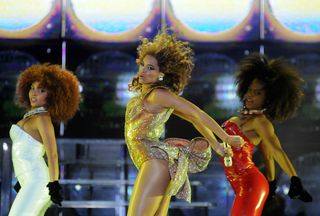 Beyoncé hasn't revealed what inspired her to create "Lemonade," a musical album and film that details the emotions felt after learning of a husband's infidelity. But regardless of whether the album is autobiographical, partly true or totally fictional, it largely mirrors what really happens to betrayed partners, experts said.

"She's speaking a language that so many people have experienced," said Kassia Wosick, a research affiliate at New Mexico State University and an assistant professor of sociology at El Camino College in Torrance, California.

In fact, "Lemonade" may show people that "how we move through infidelity is painful, but it's also very strengthening, and there is an afterward," Wosick told Live Science. [How Do I Love Thee? Experts Count 8 Ways]

Not everyone experiences all of these stages, and some go through them in a different order, said Wosick, who works with couples dealing with infidelity.

Here's a scientific look at the different phases Beyoncé, who conveyed part of the message with the adapted poetry of Warsan Shire, describes in her musical journey.

In "Intuition," Beyoncé asks, "Where do you go when you go quiet? What are you hiding?" Her intuition tells her that something is wrong, and she sings about how she prays to catch him whispering, and "I pray you catch me listening."

Many affairs are discovered because of careless clues and intuition, Wosick said. People may start questioning themselves, wondering, "Is this really happening?" she said. They may also question the partner, saying, "I feel like something is going on." [8 Myths That Could Kill Your Relationship]

Denial may follow, with some people thinking, "My partner would never do that to me." They may also deny that they were victimized, and instead blame themselves for their partner's transgression.

Beyoncé's denial has hint at this self-blame. "I tried to change," she says in the album. "Tried to close my mouth more. Tried to be soft, prettier. Less awake."

Beyoncé really owns her anger, but anger is usually a frustrating stage, especially for women, Wosick said. Typically, this stage involves self-anger, self-doubt and anger directed toward the cheating partner. Some people suppress or dismiss their anger, instead blaming other factors, such as problems within the relationship (thinking "maybe I deserved it") or the adage, "that's just how men are," she said.

Anger is complicated because, at least in American society, "We're not supposed to be angry at our partners, in general," Wosick said. "[People think] that denotes an unhealthy relationship." This may explain why some wronged partners move through the anger stage quickly, and others avoid it altogether, she said.

Beyoncé sings, "I ain't sorry. I ain't thinking about you," showing her apathy, as tennis star Serena Williams dances next to her. But despite its place in "Lemonade," apathy isn't a common stage of dealing with infidelity, Wosick said.

"There is this sort of dismissiveness that comes into play where you start to shore up your barriers a little bit," Wosick said. "[But] it's a little bit more helplessness than apathy."

Beyoncé's apathy is followed by emptiness and loss, with her singing, "come back." But these two stages can often be switched.

"You might feel that loss and then move to emptiness afterward, where you say, 'I feel so betrayed. That trust truly is gone,'" Wosick said. "That emptiness might play out in terms of 'Where do I go from here? I'm not used to feeling so out of love or so disconnected from my partner.'"

Beyoncé decides to make the cheater accountable, detailing, in general, some men's unjust behaviors toward their wives.

"Did he bend your reflection? Did he make you forget your own name? Did he convince you he was a god?" she asks in the album. "Are you a slave to the back of his head?"

Accountability is "huge," Wosick said. "It's choosing to acknowledge your own actions and taking responsibility."

All three of these — accountability, reformation and forgiveness — are part of the rebuilding process, she said. But some people don't reach them, she said. With loss, the betrayed partner may feel as if he or she can never fully trust another person again. But if the perpetrator admits his or her wrongs and acknowledges how the betrayal affected the partner (a stage that doesn't always happen, Wosick said), that can set the stage for reformation.

In the film, Beyoncé walks through water, saying, "He bathes me until I forget their names and faces." This water scene is no mistake, as water is often a symbol of rebirth and renewal. "It's this way of acknowledging, cleanse me, bathe me, can you [help me] spring forth from this loss," Wosick said.

During this time, couples can reset their expectations, boundaries and love for one another. Reformation is like a reset button, a stage when partners can begin to rebuild their trust in each other, Wosick said. [6 Scientific Tips for a Successful Marriage]

However, forgiveness is needed to get there. This includes self-forgiveness (in case the betrayed partner blames himself or herself for causing the infidelity), as well as forgiving the partner.

"Sometimes people can't do both," Wosick said. "And sometimes it takes a really long time."

Forgiveness is not dismissing or forgetting about the betrayal. It's also not punishing the perpetrator forever, which can be difficult because "we live in a very eye-for-an-eye society," she said. Instead, it involves acknowledging what happened, and moving on, she said.

Or, as Beyoncé says, "If we're gonna heal, let it be glorious."

As the album nears its end, Beyoncé talks about reconnecting with her husband, and finding hope in their child, Blue Ivy Carter. [6 Scientific Tips for a Successful Marriage]

"You’re the magician," Beyoncé says. "Pull me back together again, the way you cut me in half. Make the woman in doubt disappear."

For the couples Wosick has worked with, resurrection signifies the next step — "That you're not trapped by the situation," she said. "You're not so consumed by what's happened, and also by how to fix it. You're starting to come into your own again."

Resurrection can lead to hope, which can make people stronger than they were before, she said. For some, it means, "I'm clearer than I was before about who I am, what my boundaries are [and] what my relationship needs to be for me," Wosick said.

Redemption, like accountability, shows a high level of awareness for one's sins, she added.

"Redemption is a powerful stage that a lot of people won't allow themselves to get into," Wosick said. "It really involves acknowledging what you've done wrong, and the people it impacted in your life."

For anybody going through a betrayal, Wosick offered some wise advice.

"This is definitely a tough time. But it is just that: A time. A period of time that you will eventually move through and beyond. And you will undoubtedly be stronger, wiser and hopefully more agentic when you finally do so."