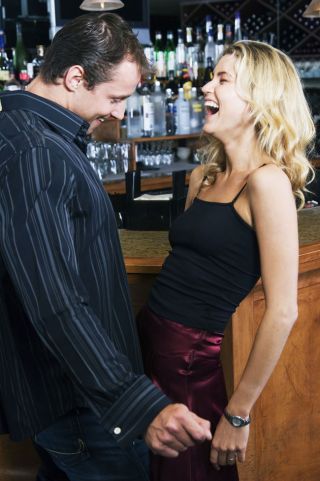 A new study indicates who is more likely to be promiscuous based on their personality type.

How guilty would you feel if you cheated on your partner? The answer has a lot to do with the type of infidelity — and your gender.

The researchers had hypothesized the opposite. Men, they thought, would feel guiltier if they fell in love with someone else, as women place a high value on emotional loyalty and the resources it provides; similarly, because men's sex drive is considered to be more biologically hard-wired, it was assumed women would have more guilt knowing the pain that sexual infidelity would cause their partner.

With this in mind, researchers told the study's 130 participants, selected from several public locations throughout Toronto, to think of a past, current or hoped-for relationship. They then asked the subjects to imagine they had become interested in someone else, and presented six dilemmas — with one emotional and one sexual option for each — to see which caused more guilt.

Why were the researchers proved wrong? The study, published recently in the journal Evolutionary Psychology, cites some possible reasons.

"If an individual assumes that everyone, regardless of their sex, is most concerned with the same form of infidelity that they themselves are most concerned about, this person would consequently make false inferences leading to feelings of guilt," writes study leader Maryanne Fisher, a professor at St. Mary's University in Halifax, Canada.

A second part of the study finds that while both men and women think it would be harder for their significant other to forgive sexual, as opposed to emotional, infidelity, women —not men — say that they'd be more likely to leave if they found out their partner was sleeping with someone else.

Is it possible to cheat without feeling bad about it?

When people behave in a highly motivated manner, "they experience less guilt," Fisher told LiveScience. "In these instances, people seem more capable of justifying their actions to themselves, which reduces feelings of guilt."