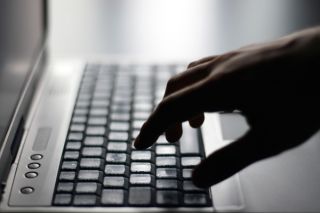 If you ordered your lunch online today, you might be eating something a little healthier than you'd get if you went to a restaurant or ordered over a deli counter, a new study suggests.

The study found that people tend to pick food that's higher in calories (and less healthy) when speaking their order out loud, as opposed to when they choose by pushing a button or writing it down.

This may be because people activate different areas of their brain when they make decisions by speaking out loud, rather than by doing something manual, such as pushing a button, the researchers said. For example, speaking out loud may more strongly activate areas of the brain involved in emotion, as opposed to areas involved in critical thinking. [13 Kitchen Changes That Can Help You Lose Weight]

"We speculate that speaking may elicit greater impulsiveness and less reflection than manual expression," the authors of the study said in a statement.

In one experiment, which was conducted at a real restaurant, the researchers found that people were more likely to choose a high-calorie dessert (made primarily of chocolate) rather than a healthy dessert (fruit) if they ordered out loud, compared to if they ordered by pushing a button.

In another experiment, the researchers found that students chose higher-calorie foods from a vending machine if they ordered by speaking into a microphone, rather than by pushing a button.

And restaurant diners may make healthier choices if they order via an electronic tablet (which some restaurants now use) rather than speaking their order, the researchers said.

The study, conducted by researchers at Tilburg University and Maastricht University in the Netherlands, and Stanford University in California, is published in the December issue of the Journal of Consumer Research.