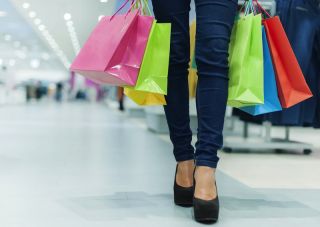 Scads of studies over the past decade have found that spending money on life experiences — vacations, dinners, outings and the like — makes people happier than purchasing material goods. So why do we keep buying so much stuff?

The answer has to do with a failure of forecasting, new research suggests. People realize that experiences will make them happier than things, researchers report today (April 2) in the Journal of Positive Psychology. But they mistakenly believe that experiences aren't a good value for the money.

"Where the mis-forecast comes in is where people feel that life experiences are going to produce no economic value," said study researcher Ryan Howell, a psychologist at San Francisco State University. After the fact, however, people do recognize the monetary value of their memories, Howell told Live Science. Understanding that error of prediction could help people direct more of their money toward experience — and happiness. [7 Things That Will Make You Happy]

The idiom that money can't buy happiness is only sort of true. Psychologists have found that monetary purchases can indeed boost happiness. The trick is spending money on experiences. Not only do tropical vacations and wine tours make people happy, revisiting the memory of these experiences keeps that happiness going over time.

In contrast, people are more likely to second-guess their choices for material items or compare their stuff to other people's stuff, according to research published in the Journal of Personality and Social Psychology in 2010.

Nevertheless, the data suggests people in the United States are becoming no more likely to spend their money on trips to the Caribbean than on buying new things. People may be becoming even more materialistic, Howell said.

Where they failed, however, was in estimating whether an experiential purchase would be a beneficial use of money. Pre-purchase, people felt experiences weren't a very good deal, economically speaking. This feeling turned out to be mistaken, however; when asked about the monetary value of the experience after the fact, people felt they had, in fact, gotten a good deal.

In a second set of studies, participants chose between spending money on experiences versus material items. Half of the participants were randomly assigned to consider their satisfaction with the purchase on economic terms, while the other half were asked to weigh how much the purchase would influence their happiness.

"I think they sort of see it as a simple trade-off," Howell said. Before a purchase, "they're at this fork in the road, this idea that 'If I want to be happy, I'll buy life experiences, and if I want good value, I'll buy material items."

Fortunately, as the post-purchase surveys found, this is a false dichotomy. People do feel like their experiential purchases was money well spent. People may have a tough time making this prediction simply because they aren't used to evaluating the economic value of experience, Howell said.

"If you think about the marketplace of material items, we buy and sell and can resell them and think about giving them to Goodwill," he said. There's no such resale market for memories.

"Because we don't do it, when we go to predict it, it's hard to do," Howell said.

Ideally, Howell said, people would take these findings into account when making purchase decisions. Being aware of subconscious errors in predicting happiness could help people spend their dollars more wisely.

"If they can stop and think a little bit more critically about, 'Wait, am I really underestimating the value of this? Am I really trying to think I'm going to be trading value versus happiness when I'm really not?' Then maybe people would be more experiential in their consumption," Howell said.