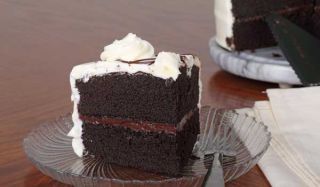 When our blood sugar levels drop, even slightly, high-calorie foods look all the more tantalizing to our brains, a new study says.

More worryingly, after a mild blood sugar drop , our brains are less able to fight our desire for ice cream and pizza, the researchers said. And the response from the part of the brain responsible for inhibiting such cravings was particularly weak in obese people, the study found.

"Obese individuals may have a limited ability to inhibit the impulsive drive to eat, especially when glucose levels drop below normal," said study researcher Kathleen Page, an assistant professor of medicine at the University of Southern California.

The findings suggest a modest drop in blood sugar leads to overeating, particularly in an environment where we are bombarded with high-calorie foods.

The researchers scanned the brains of 14 people (five obese and nine nonobese) while they looked at images of high-calorie foods (such as ice cream and hamburgers), low-calorie foods (salads and fruit) and nonfoods (a chair or a lamp). Participants were hooked up to an IV and their blood sugar (glucose) levels were manipulated.

When blood sugar levels dropped, areas of the brain areas called the insula and striatum were activated; these areas are involved in motivating us to act and controlling our response to rewards.

This activation was greatest when participants looked at high-calorie foods.

In addition, an area of the brain called the prefrontal cortex, which is involved in controlling our impulses, was less active in low-glucose conditions than normal conditions.

"The prefrontal cortex seemed to lose its ability put the brakes on" the impulse to seek high-calorie food, said study researcher Rajita Sinha, a neurobiology professor at Yale University. The inhibitory responses were weakest in obese individuals .

From a physiological  point of view, this reaction to a blood sugar drop is to be expected: Our brains should be motivated to seek food when our blood sugar gets low. However, the danger here is that we become particularly susceptible to cravings for high-calorie food, Sinha said.

Obesity and the brain

When blood sugar levels returned to normal in nonobese participants, activity in prefrontal cortex kicked in to quell the desire for high-calorie food .

However, in obese participants, this didn't happen. The activity of the prefrontal cortex was reduced in both low-glucose and normal glucose conditions.

This is concerning, Sinha said. "They're at risk for seeking out high-fat foods even under [normal blood glucose] conditions," she told MyHealthNewsDaily.

More research is needed to determine why this happens and what recommendations can be made to obese individuals to prevent overeating , Sinha said.

The study is published online today (Sept. 19) in The Journal of Clinical Investigation.

Pass it on: Eating frequent, small meals may help keep your blood sugar stable and possible prevent you from overindulging in high-calorie foods.