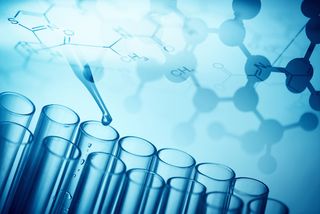 Congress wants to know the names of researchers who study fetal tissue, and what exactly they are doing: A House committee has subpoenaed a number of medical organizations for a list of people involved in this research.

The committee says it wants "to find out ‘what is going on?’" at organizations that procure and use fetal tissue for research purposes. Use of the tissue is controversial because it usually comes from aborted human fetuses. (This tissue would otherwise be discarded.)

But others who support the research have called the investigation an act of intimidation, and likened it to a witch hunt.

"This is an invasion of academic freedom, a serious government overreach, and an effort to intimidate scientists who have devoted their careers to helping patients and improving lives," Dr. Mark DeFrancesco, president of the American Congress of Obstetricians and Gynecologists, said in a statement on March 30.

Experts say that fetal tissue is important for many areas of research, including studies of brain diseases and human development, and treatments for spinal cord injuries. They say fetal tissue cells have properties such as an ability to divide and grow rapidly that make them particularly useful for certain lines of research.

And fetal tissue allows scientists to investigate questions that can't be studied in any other way, for instance, what goes on in the early stages of human development, or what goes wrong in cases of miscarriage.

Advocates for the research also say that discovering treatments and cures for diseases requires scientists to explore many avenues of research, including fetal tissue research. "We close the door in the research, we won't ever know what advances we might have attained," said Heather Pierce, senior director of science policy and regulatory counsel at the Association of American Medical Colleges, in a statement supporting fetal tissue research.

"It's really only when we look back that we know what was effective," in yielding medical breakthroughs, Pierce told Live Science. [5 Discoveries in Stem Cell Science]

Here are five ways that scientists are using fetal tissue in medical research.

In testimony before the congressional committee, Larry Goldstein, a professor of cellular and molecular medicine at the University of California, San Diego, described how he uses fetal tissue in his research on Alzheimer's disease. To make a model of the brain disease in a lab dish, researchers need a type of brain cell called an astrocyte, which helps support other brain cells, he explained. Astrocytes release growth factors and other substances that keep nerve cells healthy and allow brain cells to make connections, Goldstein said.

"The fetal astrocytes are vital to these investigations, which I think will help conquer the terrible scourge of Alzheimer's disease," Goldstein said.

Fetal tissue is also being used in research on how organs develop, with the ultimate goal of "growing" organs to replaced damaged ones. For example, some researchers are studying whether it's possible to "build" a human kidney from stem cells. They need to examine fetal tissue in order to determine "the earliest biochemical signals" that trigger cells to make kidneys," Goldstein said.

"Fetal tissue is a window into the early stages of human development," he said.

Understanding conditions that start in the womb, or lead to miscarriage or stillbirth, is another avenue for fetal tissue research. For example, through fetal tissue studies, scientists investigating the Zika virus are learning more about the disease and its link to the congenital condition microcephaly.

"The current Zika virus outbreak shows that we must use the full potential of science, including fetal tissue research, if we hope to develop a vaccine or a medicine that will allow us to prevent serious birth defects and even deaths in the future," DeFrancesco said.

Fetal tissue research also played a role in the development of a number of vaccines we have today. Vaccines for chicken pox, hepatitis A, polio, rabies and rubella are all grown in human cells lines that were initially derived from fetal tissue in the 1960s, according to the American Academy of Pediatrics. (Once a cell line is established, researchers can grow the cells in labs for decades without needing new tissue.)

But researchers cannot always use old cell lines for vaccine research, and so new fetal tissue is sometimes needed. Researchers are currently using fetal cells to help develop vaccines against Ebola and HIV, according to the Guttmacher Institute, a nonprofit organization that advocates for reproductive health issues.

Finally, fetal tissue is used in human studies of treatments for spinal cord injuries, stroke and ALS. Fetal cells are particularly suitable for this type of treatment because they grow faster than mature cells. They also evoke less of an immune response, so they have a lower risk of rejection, according to the Guttmacher Institute.

In one study of a treatment for spinal cord injury, fetal cells were implanted at the site of the injury in four people. Animal studies have suggested that fetal cells can develop into new neurons, and can "relay" information across the site of a nerve injury, allowing the animal to function better, Goldstein said.

The new study in humans will follow the patients over the next few years to see if the treatment improves their paralysis, Goldstein said.