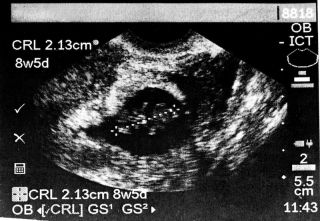 Planned Parenthood denies recent allegations that the organization profits from fetal tissue donation. But what exactly is fetal tissue used for in medical research, and what are the ethical issues surrounding its use?

This week, an activist group called the Center for Medical Progress posted a video that shows a Planned Parenthood doctor discussing the use of fetal tissue from aborted fetuses with actors posing as employees of a tissue procurement company.

In the video, the doctor, Deborah Nucatola, the senior director of medical services at Planned Parenthood, says the price for fetal tissue ranges from $30 to $100, or enough to cover related expenses, such as the cost of transporting the tissue. In the video, Nucatola says that tissue donation does not have "any revenue stream."

"The allegation that Planned Parenthood profits in any way from tissue donation is not true. Our donation programs, like any other high-quality health care providers, follow all laws and ethical guidelines," Cecile Richards, president of Planned Parenthood, said in the video.

In the early 1990s, a lot of work was done to see if the stem cells in fetal tissue could be used to replace tissues damaged by diseases, such as Parkinson's disease and diabetes, said Arthur Caplan, director of the Division of Medical Ethics at New York University's Langone Medical Center. But most of these studies found that fetal tissue did not work the way researchers had hoped — it was often rejected by the body, or grew like a tumor, Caplan said. Many researchers who had pursued studies in fetal tissue moved to embryonic stem cells when researchers developed techniques to isolate and grow these stem cells in the late 1990s, he said. [5 Discoveries in Stem Cell Science]

Fetal cells were also used in the development of some vaccines, including the rubella, varicella and polio vaccine.

Today, most researchers who use fetal tissue are interested in studying fetal development, fetal abnormalities and diseases of the fetus, or how toxins may affect the fetus, Caplan said.

"There's been a decrease in the interest in using fetus tissue in many areas of science," because it was replaced by stem cells, Caplan said. "The need or the demand for fetal tissue is a lot less than people thought it was going to be."

Some people object to donations of fetal tissue, which typically come from aborted fetuses, because they believe abortion is wrong, and don't think anything "good," should come out of the practice, Caplan said.

Another ethical concern is whether doctors might modify the abortion procedure in order to up the chances of obtaining usable fetal tissue, such as changing the position of the fetus or using different equipment. "You don’t want to change anything to optimize your chance of obtaining tissue," Caplan said. "You don't want the woman worrying that you're not treating them the way that would be best."

A troubling part of the Center for Medical Progress video "was there was a suggestion that they might be altering what they're doing [when aborting a fetus]," Caplan said.

In the video, Nucatola says: "There are little changes they can make in their technique to increase your success."

One actor replies: "Even though they have a set way that they do it, they're open to changes?" Nucatola says of the process used to remove the fetus from a woman. "If they're reasonable people, sure."

Caplan said that, in order for fetal tissue donation to be ethical, the procedure should not be changed, and there shouldn't be any compensation for the tissue other than to cover handling costs like storing and transporting the tissue.

An unanswered question is how many centers should be doing fetal tissue donation, Caplan said. It may be better to have a few places that specialize in this type of tissue donation, he said.