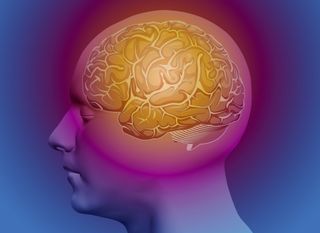 A man wakes up one morning just as he always does but suddenly has flashbacks to a past identity, a name he held 30 years ago.

It sounds like the setup to "The Bourne Identity," but this bizarre scenario actually played out recently in real life.

A 51-year-old man with a developmental disability living in St. Catharines, Ontario, began having flashbacks of his earlier life. He suddenly remembered who he was: Edgar Latulip, of Kitchener, Ontario. When he told a social worker, she looked up his details and found a missing person's notice from 1986, CBC reported.

It turned out that Latulip went missing while on his way to Niagara Falls, when he suffered a head injury and forgot who he was. [Top 10 Mysteries of the Mind]

But what causes these cases, and how do people suddenly remember who they are? Although amnesia is a clichéd plot device for mystery novels and soap operas, this type of global amnesia — in which a person forgets everything about his or her life, typically called a fugue state — is very rare, said Jason Brandt, a neuropsychologist at Johns Hopkins School of Medicine in Baltimore, who was not involved in Latulip's care.

"These cases of people disappearing for 30 years and then waking up and coming to —these are very rare," Brandt told Live Science. "They're usually people without brain dysfunction, but they're running away from something that is too painful to experience."

Amnesia, or memory loss, can encompass everything from losing track of certain facts, to forgetting traumatic experiences, to a complete wipeout of someone's past experiences.

For more common types of amnesia, such as the inability to form new memories, the cause is typically some type of brain dysfunction, such as head injuries, brain tumors or neurodegenerative diseases such as Alzheimer's disease, Brandt said.

In patients with this type of amnesia, there is typically damage to the brain's temporal lobes and hippocampus. (One of the most famous people with amnesia in history, a patient named H.M., was unable to form new memories as a result of a surgical procedure to remove his hippocampus to stop his debilitating epileptic seizures.)

However, for people like Latulip who experience a fugue state, the memory loss is typically a result of psychological stress or post-traumatic stress disorder (PTSD), Brandt said.

"The person is experiencing something that is too difficult, and so [he] forgets his identity, leaves home, travels and adopts a new personality and a new identity," he said.

Fugue state is rare, and it's even less common for it to last 30 years, rather than days or months, he added.

Latulip's case is unique because of his disability — the CBC report described him as having the mental abilities of a 12-year-old. He also apparently suffered a head injuryaround the time he went missing, so his amnesia could be a result of both neurological and psychological factors, Brandt said.

"This is a guy who had a vulnerable brain," Brandt said. "He doesn't have the coping resources that you or I do. When things get rough, the only thing he knows to do is run away and forget."

Latulip also had attempted suicide in the weeks before his disappearance, the CBC reported. That's not uncommon, as many people who enter a fugue state have a history of suicide attempts, though the reasons for that aren't clear, Brandt said.

In most people, the sense of self is so embedded into the fabric of consciousness, it may seem like extraordinary factors must cause a brain to completely suppress that information and then suddenly recover it 30 years later. But, in fact, the same mechanisms that cause ordinary forgetting may simply have gone haywire in people experiencing a fugue state, Brandt said. [Senses and Non-Sense: 7 Odd Hallucinations]

"It's clear that even ordinary memories have various levels of accessibility," Brandt said. "There are things you can't access in your memory but that are there."

For instance, an average person may struggle to remember what they were doing on a particular Tuesday evening three weeks ago. But if their memories are jogged, they can recall those events.

In contrast, a person with amnesia may not be able to access their memories, even if they are jogged. Brandt had a patient who could learn new facts perfectly well but had severe retrograde amnesia, with no memory of his past. To try to help the patient relearn his life history, Brandt and his colleagues took the man, who had been a star athlete, to his old high school gym to see his trophies.

The man found the trip interesting, but it did not spur any sense of familiarity or personal ownership.

"He said, 'It's as if I'm learning somebody else's life, but it's me. It was as if I read the biography of Abraham Lincoln,'" Brandt said.