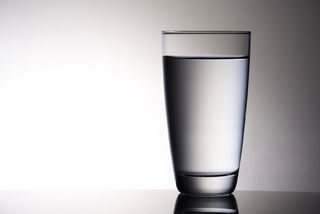 The mayor of Flint, Michigan, declared a state of emergency last week after elevated levels of lead were detected in the city's drinking water. Experts say that young children are especially susceptible to even low levels of lead because their brains are still developing.

Ingesting the metal can lead to neurological problems in children, studies have shown. A recent report from the Michigan Department of Health and Human Services (MDHHS) identified 27 children with blood lead levels greater than or equal to 5 micrograms per deciliter (an amount used by the Centers for Disease Control and Prevention to identify levels "much higher than most children's levels") since Oct. 1.

Flint changed its water source in 2014, disconnecting from Detroit's water supply and instead drawing water from the Flint River, according to the MDHHS. Unfortunately, the water wasn't properly treated, and had absorbed lead from the pipes. Flint has since switched back to using the Detroit water, which includes anti-corrosive chemicals to keep the lead from leaching, according to an advisory issued by the City of Flint. [9 Weird Ways Kids Can Get Hurt]

However, until these chemicals have time to take effect, the water will continue to contain elevated levels of lead, the mayor’s office told ABC News.

Flint Mayor Karen Weaver said that by declaring a state of emergency, she hopes to acquire federal funds to help people suffering from the effects of lead exposure, ABC News reported.

Lead can interfere with proteins in the body, and mimic the actions of calcium at a molecular level, which means the substance can affect many crucial cellular processes.

Dr. Alex Kemper, a professor of pediatrics and community and family medicine at Duke University in North Carolina, has conducted research with Michigan local public health departments about preventing lead poisoning. He published his findings in the journal Public Health Reports in 2007. Of the 45 local public health department zones in Michigan, 42 participated in the research study, and 74 percent reported that"lead poisoning is inadequately addressed within [their] area," Kemper's study said. However, the state and federal governments set up initiatives to help eliminate lead poisoning, and by 2013, only 3.9 percent of tested children had elevated blood lead levels, compared to 13 percent in 2007.

"The key thing to know is that even at low levels, lead can be dangerous, and most of the time there are no symptoms," Kemper told Live Science.

For affected individuals in Flint, Dr. Kemper suggested reaching out to local health authorities for treatment. Certain medications are effective at chelating, or removing, lead from the body, but these are used only on individuals with very high lead levels, because the treatments can induce side effects, Kemper said. Germaine Vazquez, a representative for the CDC's National Center for Environmental Health/Agency for Toxic Substances and Disease Registry, emphasized that no safe blood level of lead has been identified for children, and that the effects of lead exposure cannot be corrected.

The best way to protect yourself and your children from lead poisoning is to avoid exposure in the first place, Vazquez said. According to a report issued by the MDHHS, free water filters and replacement cartridges are available to Flint residents, and tests are being administered to identify residents with blood lead levels greater than 5 micrograms per deciliter. The MDHHS is working with its local partner, the Genesee County Health Department, to help families when elevated blood levels are detected. The City of Flint also recommends flushing pipes before drinking, and using only cold water for cooking and drinking, because hot water is more likely to contain high levels of lead. [16 Oddest Medical Cases]

Lead in the water supply is a relatively uncommon problem, but there are other sources of lead exposure. The CDC estimates that children in at least 4 million U.S. households are exposed to high levels of lead, but in most of these cases, the exposure is due to environmental contaminants, such as paint and gasoline.

Lead-based paint was banned in the United States in 1978, but can still be found in some older homes. Kemper said that in these older homes, young children might lick or eat paint that still contains lead. Vazquez explained that "the normal hand-to-mouth activity of young children makes them more likely to absorb lead than adults."

Ultimately, lead toxicity can affect every organ system, with neurological effects being the most pressing concern. Some studies have found that for every increase of 10 micrograms per deciliterin blood lead level, children's IQs were lower by 4 to 7 points, according to research published in the journal American Academy of Pediatrics in 1993.

Lead exposure can also damage kidneys and inhibit the production of hemoglobin,the protein in red blood cells that carries oxygen, according to the CDC. The blood lead levels for individuals in Flint will likely need to be closely monitored, and the long-term effects will depend on both the amount of lead and the duration of exposure.