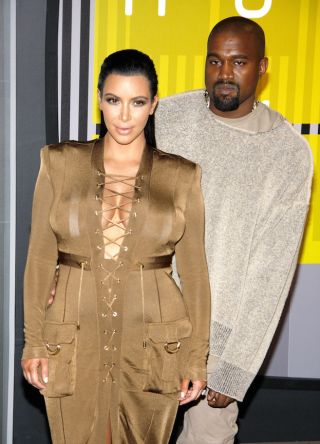 Though Kim Kardashian West and Kanye West may be trendsetters, in one way, they are swimming with the current.

"Kimye," as the couple is often called, have named their newborn son Saint West, who joins older sister North West in the high-profile Kardashian-West clan.

"Though some may be scratching their heads at their [Kim and Kanye's] name choice, the name could take off because it actually reflects a growing trend in society," said Laura Wattenberg, the founder of the baby-name website babynamewizard.com and the author of "The Baby Name Wizard: A Magical Method for Finding the Perfect Name for Your Baby" (Three Rivers Press, 2013).

"Parents are exalting their children more and more today," Wattenberg told Live Science. "The names King, Prince, Miracle and Messiah are all ranking in the top 500." [Sophia's Secret: The 10 Most Popular Baby Names]

Parents have always thought of their little ones as precious and special, but nowadays, they're much less afraid to flaunt that conviction. Names with grand aspiration — like Royal, Regal and Reign — have been rising in popularity, in stark contrast to the names chosen by actual royalty, Wattenberg said.

"Part of our culture is that we're trying to make the child feel special and show how special we think our baby is," Wattenberg said.

Beyond the name's sense of grandiosity, Saint West has a strong, hard "a" sound, similar to the incredibly popular names Ava and Aiden, so the couple may simply have liked its sound. The name Saint is by no means popular, but Kimye's child is certainly not the first baby to be given that name lately: Last year, about 30 boys were given the moniker, Wattenberg added.

The name Saint has a similar version in Spanish: Santos. But while it's impossible to delve deeply into Kim or Kanye's psyche, their naming choice probably doesn't reflect the same sensibilities that spur parents to name their child Santos, or Milagros (which translates to "Miracles"), Wattenberg said.

Those names are typically given to honor the saints of the Catholic Church, or the miracles attributed to the Virgin Mary. But when a child is named Messiah or Miracle, parents are typically implying their particular child is the miracle, Wattenberg said. The Wests' choice seems likelier to fit into that second, individualistic category, she said.

And while Kim and Kanye perhaps have a deep-seated wish that their child achieve the holiness and virtue ascribed to saints, the word Saint in front of a name is also honorific. So, in little Saint's case, "the style [implied by the name] is closer to King than to a traditional name of piety," Wattenberg said.

There is also a comic book superhero named "The Saint," so the little one's name could be a nod to that, Wattenberg said.

Saint also fits with another baby-naming trend. Some parents have turned to fanciful names more suited to inanimate objects, like tractors — think Diesel and Titan, both names that have cropped up in recent years, Wattenberg said.

"Once you step out of the idea that there are restrictions on name style, that you have to choose something from a traditional name pool, there are no barriers anymore," Wattenberg said. "Parents are feeling freer and freer to follow their fantasies."