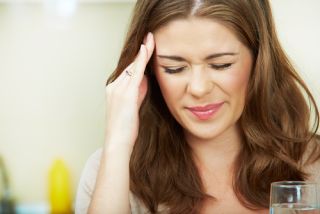 Blocking a single neurotransmitter in the brain may stop the firing of the nerves that are linked with migraine headaches, a new study in animals suggests.

In experiments, researchers looked at the effects of two vasodilators — which are medicines that cause blood vessels to widen, increasing blood flow — on certain receptors in rats' brain cells.

They found that when they administered one of these vasodilators, nicknamed PACAP, directly into the rats' brains, a cluster of neurons in the center of the head called the trigeminovascular system started firing more than normal, mimicking the symptoms of a migraine in the animals. The researchers measured this firing by using electrodes to monitor signals from the rats' brains.

The other vasodilator doesn't activate the same receptor as PACAP, and the new study found that it didn't show the same effect in the rats, the researchers said. The receptor to which PACAP binds may be a possible target for treating migraines, the findings suggest. [Ouch: 10 Odd Causes of Headaches]

Previous research has shown that migraine patients have elevated levels of PACAP.

"To understand migraines, you need to understand what chemicals the brain is using to transmit the signal" that causes the headaches, Peter Goadsby, a neurologist at Kings College London, and a co-author of the study, told Live Science.

However, a treatment that would be based on these findings is a long way off. Although rat brains and human brains are similar in many ways, it isn't absolutely certain that this compound would affect humans the same way as it does the rats.

But the new finding suggests that the source of migraines is deep in the brain itself, not in a reaction to a pain-inducing stimulus such as dilating blood vessels, the researchers said.

The compound PACAP works by activating a receptor called PAC1, which in turn triggers the pain signal's firing in the trigeminovascular neurons, the researchers said.

So Goadsby and his co-author, researcher Simon Akerman, now at the New York University College of Dentistry, tried injecting a compound directly into the brain that blocked the PAC1 receptor. They found that this stopped the trigeminovascular nerve from firing so much.

Another result of the research is that an idea that some have suggested — that migraines might be the result of changes in blood vessel activity — doesn't seem to hold up. Other recent studies have suggested that the throbbing sensation some migraine sufferers feel does not match up well with their heart rates, which would be expected if the root problem were the blood vessels.

"One of the big-picture things we're finding is that the more you study migraines, the more the brain comes up," Goadsby said. "People assumed that [the brain] throbbed, and that was it, but when anyone started to actually look at it, that didn't seem to be the case."

The ability of the compound that blocked the PAC1 receptor to also block the pain signals is further evidence that there isn't any relation between the vessels and the pain, he said.

Developing a drug based on these findings would be tricky, because in the experiments, the compounds were directly administered into the rats' brains with small tubes in the skull, and it that isn't practical for people. That means researchers would have to develop a drug that could move from the bloodstream past the blood brain barrier. However, Goadsby noted drug developers have found ways to get drugs past the blood-brain barrier many times before; many psychoactive drugs do so.

Knowing that a PAC1 blocker might work to treat migraines "shines a light on a possibility that you wouldn't try unless there's a good reason," he said.

The study appears in the Oct. 7 issue of Science Translational Medicine.