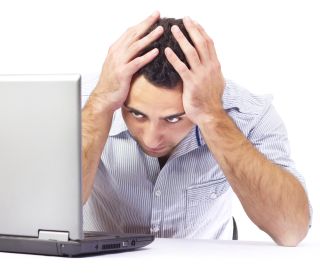 Up to 95 percent of migraine headache sufferers can identify at least one activity that will leave them pillaging the medicine cabinet for a pain reliever, according to one report. But new research suggests that self-reported triggers for migraine with aura — visual disturbances that accompany the severe headaches — may not be as strong as previously thought.

The study from the University of Copenhagen in Denmark is the first to assess whether or not self-reported migraine triggers actually cause migraine attacks.

The researchers recruited 27 migraine-with-aura sufferers who said that their migraines were caused by two commonly reported triggers — bright or flickering light, strenuous exercise or both. The 17 women and 10 men ranged in age from 20 to 69 years old and suffered an average of 12 migraine attacks per year.

To provoke a migraine, the researchers exposed people to their self-reported triggers. Those whose migraines were usually triggered by exercise either went for an intense run or rode a stationary bike for one hour.

The study authors were surprised by the findings, because "patients were convinced that they always or often got an attack after these trigger factors," wrote senior study author Dr. Jes Oleson in an email to MyHealthNewsDaily.

Health care providers typically tell migraine sufferers to avoid triggers. "This study suggests it may not be necessary to slavishly avoid a shopping list of potential triggers," said Dr. Peter Goadsby, neurologist and director of the University of California San Francisco Headache Center, who was not involved in the current study.

Indeed, the study authors cannot say for sure whether the cases of migraine they did observe during the study were caused by the stimuli or if they would have happened regardless of what the patient had been doing.

The researchers did not look at migraine triggers such as bright light or strenuous exercise in the context of daily activity.

It seems highly unlikely that millions of migraine sufferers could be wrong about their migraine triggers, Goadsby said. In an editorial that accompanies the new study, he suggested a different explanation. "Some of the stimuli that patients associate with the start of a migraine attack may not actually cause the attack, but be early symptoms," he said.

About 12 percent of Americans suffer from recurring migraines, according to the National Institute of Neurological Disorders and Stroke. Roughly one-third of these people report experiencing an aura, which can include seeing flashing lights or zigzagging lines or having a partial loss of vision. Other common migraine triggers include changes in sleep patterns, stress, strong odors, hormonal fluctuations or certain foods.

Some reports suggest that a constellation of situations, including a so-called trigger, must come together in order for a migraine to occur — for instance, skipping a meal, staying up late and going for a hard run, Goadsby said. Future research may show that migraines are the product of a series of stimuli or events, he added.

With this in mind, it is important for migraine sufferers to look at the big picture — situations or sequences of activities that precede a migraine attack — in addition to suspected triggers, said Goadsby. Without that knowledge, "it may be a complete waste of time to avoid a trigger," he said.

The study and editorial are published today (Jan 23) in the journal Neurology.

Pass it on: Migraine triggers may not directly cause the severe headaches.