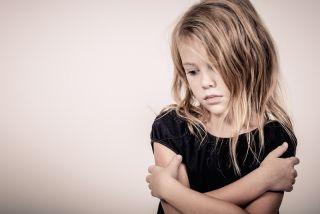 Therapy sessions that involve the whole family may help prevent anxiety in children whose parents suffer from an anxiety disorder, according to a recent study.

The families in the intervention group participated in eight sessions with a trained therapist over the course of the year. Each session lasted 2 hours.

Anxiety tends to run in families: Up to 50 percent of children who have a parent with an anxiety disorder also develop a disorder themselves, the researchers said. However, having an anxious parent is only one factor that may contribute to a person's risk. [9 DIY Ways to Improve Your Mental Health]

“These illnesses are multidetermined, meaning there isn’t just one factor that determines if a child will have or develop an anxiety disorder,” said Golda Ginsburg, the lead author of the study and a psychology professor at the University of Connecticut. A person's life experiences and inborn temperament can also greatly contribute to the individual's risk, Ginsburg said.

For example, growing up with a lot of negative experiences increases the likelihood of having anxiety issues later in life, and so does having a parent who models negative behaviors.

“We have to look at both genetics and parenting behaviors that might increase anxiety in kids and target both of those in treatment,” Ginsburg said.

Most of the adults in the study had dealt with unhealthy bouts of anxiety that interfered with their everyday life. Examples of this included getting sick before exams for fear of failing a test, or not having many friends for fear of rejection.

Anxious children may deal with their anxiety in similar ways, the researchers said. For instance, they may start avoiding whatever provokes their fears. If they’re afraid of rejection, they may entirely stop trying new things, ranging from meeting a new peer for the first time to trying something new to eat.

During the therapy sessions, families learned how to identify signs of anxiety and reduce them by incorporating problem-solving skills. They also learned safe ways to gradually expose their children to whatever made them anxious.

Jamie M. Howard, a clinical psychologist and director of a stress and resilience program at the Child Mind Institute in New York City, who was not involved in the study, said it’s best to help children with anxiety to learn to distinguish danger from reality.

"The standard treatment we use for anxiety disorders in children is cognitive behavioral therapy, where we help kids identify false alarms from real alarms," said Howard, who specializes in treating children and teens with anxiety and mood disorders.

Although the study showed that children who participated in the family intervention had a lower rate of anxiety than those who did not, it is not clear if the effect will be maintained over time, Howard noted. The researchers said they will continue the study, and follow up with the children to see how they fare in the future.

“It’ll be interesting to see how long the preventive effects last,” Howard said.

The study was published Sept. 25 in The American Journal of Psychiatry.