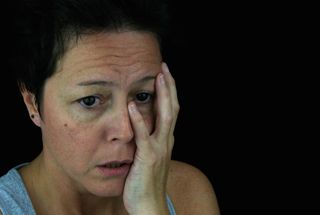 The hallmark of panic disorder is the experience of sudden and repeated bouts of extreme fear that can last for several minutes or even longer. These episodes are referred to as panic attacks. The attacks are characterized by heightened feelings of disaster or of losing control, even when there is no immediate threat.

At first, the fear can be limited to a specific circumstance, such as getting in an elevator or driving over a bridge. That can lead to situational avoidance, according to the American Psychological Association. As the disorder progresses, the person begins to fear not just the situation, but also the possibility of having an attack, and retreats from many daily activities.

There is a link between panic attacks and agoraphobia. People who suffer from agoraphobia typically avoid public places, such as public transportation or shopping malls, where they feel they may be trapped, according to the Anxiety and Depression Association of America (ADAA). About 1 in 3 people with panic disorder develops agoraphobia.

People with panic disorder fear having another attack and often avoid situations and places in which previous attacks have occurred, according to the ADAA. As the attacks become more frequent, a sufferer's world gets smaller and smaller, and they stick to very specific areas and routes where they feel safe.

According to the National Institute of Mental Health (NIMH), about 6 million adult Americans suffer from varying degrees of panic disorder, with women being twice as likely as men to suffer from this mental health issue. While it can occur at any age, panic disorder commonly begins during late adolescence and early adulthood.

While researchers have not determined a specific cause of panic disorder, many doctors believe it is a combination of environmental and genetic factors, according to the NIMH.

Studies with twins have demonstrated that a genetic inheritance of the disorder is possible, according to the American Psychological Association. Brain abnormalities can also contribute to the condition. Research studies have shown that those with panic disorder experience excessive stimulation in a region of the brain called the amygdala, which is involved in the fight-or-flight response, according to the American Psychological Association. [Related: Women With No Fear Feel Panic in Experiments]

Unbalanced neurotransmitter systems can be a cause of panic disorder, as well, according to Dr. Christopher La Tourette La Riche, medical director of Lucida Treatment Center in Lantana, Florida.

Chemical or hormonal imbalances can also cause some people to experience a panic attack, according to the National Alliance on Mental Illness (NAMI).

In addition to biological factors, researchers are also investigating how stress and environmental factors may play a role. A major stressful life event, such as a birth, divorce, accident or the death of someone close, can trigger a panic attack in someone who previously exhibited no signs of the disorder, according to the American Psychiatric Association. However, the majority of those who suffer from panic disorder cannot pinpoint a specific event that triggered the condition.

"Most people I treat have experienced some form of trauma at a young age — abuse, neglect, etc.," said La Riche. "These episodes are known to cause chronic changes in the brain and predispose adults to anxiety disorders."

A panic disorder is a psychiatric condition characterized by repeated and sudden attacks of intense fear and anxiety that last for at least several minutes or more, according to Dr. Michael Birnbaum, a board member of the National Alliance on Mental Illness-NYC Metro and director of the early treatment program at North Shore LIJ-Health System. While the panic attack usually lasts less than 10 minutes, according to the Mayo Clinic, the effects can linger long after the initial episode.

"Panic attacks can happen at any time, and many people with panic disorder often worry about the possibility of having another attack," Birnbaum said.

Many people who suffer from panic disorder use similar phrases when describing an incident: It feels as if you are out of control and having a heart attack. According to Birnbaum, some typical symptoms include:

Other physical signs include dizziness, numbness or tingling in the hands or other extremities, a feeling of being hot or a cold chill, tingly or numb hands, and stomach pain, according to the ADAA.

While some people can identify their triggers for a panic attack, the episodes often come on suddenly. One of the biggest sources of panic is the fear of having another attack, according to the Mayo Clinic.

To make matters worse, alcohol or drugs often cause panic attacks, according to the ADAA. Alcohol abuse commonly begins before or at the same time as panic disorder symptoms. Many people who suffer from the panic attacks use alcohol to calm their nerves after an episode.

While some people with very limited triggers can avoid certain situations and thus limit their panic attacks, the condition can seriously disable those who suffer frequent, full-fledged attacks, according to the ADAA. [Related: To Stave Off Panic, Don't Take a Deep Breath]

As with most mental health issues, panic disorder is treated by psychotherapy, medication or a combination of both, depending on the severity of the condition and the response of the individual to treatment, according to the NIMH.

"Panic disorder is best treated with a combination of medications and therapy," Birnbaum said.

As for medications, anti-anxiety drugs and antidepressants are commonly prescribed to ease panic disorders. Medicines called beta-blockers are sometimes used to address the physical symptoms, such as a fast heart rate and chest pains, that often accompany panic disorder. "Medications help decrease anxious feelings and thoughts as well as the frequency and intensity of panic attacks," Birnbaum said.

Beta-blockers can also help control the dizziness, heart pounding and excessive sweating that result from panic attacks, the NIMH said.