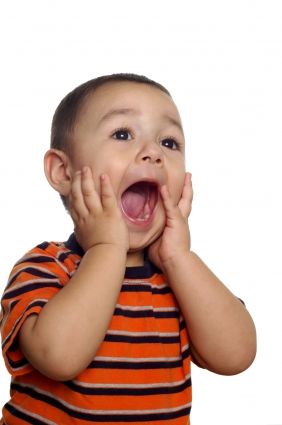 About one out of every 100 kids suffers from phobia of costumed characters. Typically, the fear is rooted in a sense that some harm or danger is going to come from this thing they do not understand. Image
(Image: © stockxpert)

Kids who get bullied and snubbed by peers may be more likely to have problems in other parts of their lives, past studies have shown. And now researchers have found at least three factors in a child's behavior that can lead to social rejection.

The factors involve a child's inability to pick up on and respond to nonverbal cues from their pals.

In the United States, 10 to 13 percent of school-age kids experience some form of rejection by their peers. In addition to causing mental health problems, bullying and social isolation can increase the likelihood a child will get poor grades, drop out of school, or develop substance abuse problems, the researchers say.

"It really is an under-addressed public health issue," said lead researcher Clark McKown of the Rush Neurobehavioral Center in Chicago.

And the social skills children gain on the playground or elsewhere could show up later in life, according to Richard Lavoie, an expert in child social behavior who was not involved with the study. Unstructured playtime — that is, when children interact without the guidance of an authority figure — is when children experiment with the relationship styles they will have as adults, he said.

Underlying all of this: "The number one need of any human is to be liked by other humans," Lavoie told LiveScience. "But our kids are like strangers in their own land." They don't understand the basic rules of operating in society and their mistakes are usually unintentional, he said.

In two studies, McKown and colleagues had a total of 284 children, ages 4 to 16 years old, watch movie clips and look at photos before judging the emotions of the actors based on their facial expressions, tones of voice and body postures. Various social situations were also described and the children were questioned about appropriate responses.

The results were then compared to parent/teacher accounts of the participants' friendships and social behavior.

Kids who had social problems also had problems in at least one of three different areas of nonverbal communication: reading nonverbal cues; understanding their social meaning; and coming up with options for resolving a social conflict.

A child, for example, simply may not notice a person's scowl of impatience or understand what a tapped foot means. Or she may have trouble reconciling the desires of a friend with her own. "It is important to try to pinpoint the area or areas in a child's deficits and then build those up," McKown explained.

When children have prolonged struggles with socializing, "a vicious cycle begins," Lavoie said. Shunned children have few opportunities to practice social skills, while popular kids are busy perfecting theirs. However, having just one or two friends can be enough to give a child the social practice he or she needs, he said.

Parents, teachers and other adults in a child's life can help, too. Instead of reacting with anger or embarrassment to a child who, say, asks Aunt Mindy if her new hairdo was a mistake, parents should teach social skills with the same tone they use for teaching long division or proper hygiene. If presented as a learning opportunity, rather than a punishment, children usually appreciate the lesson.

"Most kids are so desperate to have friends, they just jump on board," Lavoie said.

To teach social skills, Lavoie advises a five-step approach in his book "It's So Much Work to Be Your Friend: Helping the Child with Learning Disabilities Find Social Success" (Touchstone, 2006). The process works for children with or without learning disabilities and is best conducted immediately after a transgression has been made.

1)     Ask the child what happened and listen without judgment.

2)     Ask the child to identify their mistake. (Often children only know that someone got upset, but don't understand their own role in the outcome.)

3)     Help the child identify the cue they missed or mistake they made, by asking something like: "How would you feel if Emma was hogging the tire swing?" Instead of lecturing with the word "should," offer options the child "could" have taken in the moment, such as: "You could have asked Emma to join you or told her you would give her the swing after your turn."

4)     Create an imaginary but similar scenario where the child can make the right choice. For example, you could say, "If you were playing with a shovel in the sand box and Aiden wanted to use it, what would you do?"

5)     Lastly, give the child "social homework" by asking him to practice this new skill, saying: "Now that you know the importance of sharing, I want to hear about something you share tomorrow."

The studies are detailed in the current issue of the Journal of Clinical Child and Adolescent Psychology. They were funded by the Dean and Rosemarie Buntrock Foundation and the William T. Grant Foundation.