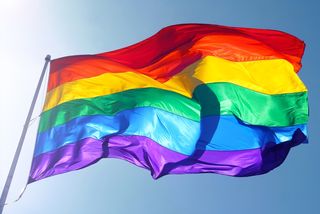 The Supreme Court ruled today (June 26) that same-sex marriage is legal in the United States, ushering in marital rights for gays and lesbians throughout the land.

In a 5-4 decision, the court held that same-sex couples have the right to marry. Those in favor of the ruling included justices Anthony Kennedy, Ruth Bader Ginsburg, Stephen Breyer, Sonia Sotomayor and Elena Kagan. Those dissenting included Chief Justice John Roberts and Antonin Scalia, Clarence Thomas and Samuel Alito.

"The generations that wrote and ratified the Bill of Rights and the Fourteenth Amendment did not presume to know the extent of freedom in all of its dimensions, and so they entrusted to future generations a charter protecting the right of all persons to enjoy liberty as we learn its meaning," Kennedy wrote in the majority opinion. [10 Milestones in Gay Rights History]

Though the outcome of the case, Obergefell v. Hodges, means that same-sex couples have the legal right to marry across the country, it's really the culmination of several societal and legal changes over more than a century, experts say.

And the new ruling isn't the end of the fight. It also ushers in new legal questions about the limits of religious freedom and accommodation, said Howard Wasserman, a law professor at Florida International University in Miami. [13 Facts on the History of Marriage]

In the current case, 32 separate plaintiffs in Kentucky, Ohio, Tennessee and Michigan were contesting their state's same-sex marriage laws. The court found that same-sex marriages are just as legitimate as a union between a man and a woman.

"They ask for equal dignity in the eyes of the law," Justice Kennedy wrote in the majority opinion. "The Constitution grants them that right."

But the stage for this case was set by three earlier Supreme Court decisions, Wasserman said.

In the 1996 Romer v. Evans case, the justices overturned a Colorado law that barred municipalities from protecting gays and lesbians in their nondiscrimination laws, meaning that gay or lesbian people could not get legal protection if they were discriminated against based on their sexual orientation. In a ruling written by Kennedy, the court found that such laws, which disadvantage one group with no other purpose, are motivated by animus. As such, they violate the 14th Amendment, which provides equal protection of the laws to all U.S. citizens, Wasserman said.

In the 2003 case Lawrence v. Texas, the Supreme Court overturned a fine given to John Lawrence and Tyron Garner for engaging in "deviate sex." The ruling struck down sodomy laws across the country and established that LGBT people had the right to establish their own intimate relationships without state laws interfering, Wasserman said.

The final piece in the puzzle was the 2013 United States v. Windsor decision, in which the court ruled that the federal Defense of Marriage Act (DOMA) was unconstitutional. The case hinged on Edith Windsor, who was contesting the taxes she had to pay on the estate of her wife, Thea Speyer, whom she had married in New York. In the ruling,  Kennedy argued that DOMA violated federal equality protections under the Fifth Amendment by denying gay couples federal marriage benefits that would ordinarily follow from their state-licensed marriage, Wasserman said.

"Justice Kennedy wrote all three of those opinions," Wasserman told Live Science. Given that, most experts predicted the current ruling, he added.

"It's hard to see him writing all those opinions, walking right up to the edge and then not taking the last step and recognizing the Constitution protects the right of same-sex couples to marry," Wasserman said.

Wider social changes set the backdrop for the Supreme Court's evolution on the legality of gay marriage.

For millennia, marriage was contracted to solidify wealth, keep land in the family or create legal heirs, said Stephanie Coontz, the author of "Marriage, a History: How Love Conquered Marriage" (Penguin Books, 2006). Love, choice and attraction had little to do with it, she added.

But several social changes made the logic of same-sex marriage seem airtight, she said. First was the rise of the love match, meaning marriage could be based on mutual love instead of alliances between families, in the 17th and 18th centuries. Then, in the early 20th century, came the notion that husband and wife had to be sexually attracted to one another, Coontz said. The idea that marriage was a fundamental right didn't show up anywhere until about the 1920s, Coontz said.

"Some gays and lesbians began to say as early as the 1920s, 'then why can't I marry the person I'm sexually attracted to?'" Coontz said.

The next big seismic shift was the rise of contraception. Once the baby carriage didn't inevitably follow love and marriage, the biological justification for restricting marriage to heterosexual couples became less convincing, she said. At the same time, adoption, artificial insemination and in vitro fertilization allowed same-sex couples to have kids, she added. [Conception Misconceptions: 7 Fertility Myths Debunked]

Beginning in the 1970s, marriage was no longer about babies, land or family alliances. It became a contract between two sexually attracted, loving partners, who didn't have to have kids or strict gender roles, Coontz said. Given that couples could define gender roles within their marriage, some started to wonder why gay people couldn't do the same, Coontz said.

Indeed, in the new ruling, Kennedy wrote, "The history of marriage is one of both continuity and change. Changes, such as the decline of arranged marriages and the abandonment of the law of coverture, have worked deep transformations in the structure of marriage, affecting aspects of marriage once viewed as essential. These new insights have strengthened, not weakened, the institution."

Now that same-sex marriage is the law, a number of legal questions loom on the horizon, Wasserman said.

Rather than take state marriage bans off the books, some states have toyed with the idea of simply not issuing state marriage licenses at all to avoid handing them to same-sex couples, Wasserman said. That would be a legal and logistical nightmare, so it's unlikely any states will actually follow through, he added.

But a larger question is about the extent of religious liberty and personal expression. A number of so-called religious accommodation laws, some proposed on the state level and some on the books in municipalities, allow people to decline to perform services such as bake a cake or print invitations for gay weddings if doing so violates their deeply held religious beliefs. Some legislators have suggested proposing laws that would allow county clerks to opt out of issuing marriage certificates to same-sex couples, Wasserman said.

As for public opinion, support for gay marriage has risen steadily for years, and this case may not shift that trend. While many whites viciously resisted integrating schools and public places after the Supreme Court ruled segregation unconstitutional in 1954, this case is different in that it deals with one small question on gay rights, affects people's daily lives less and thus may not spur the same backlash, he added.