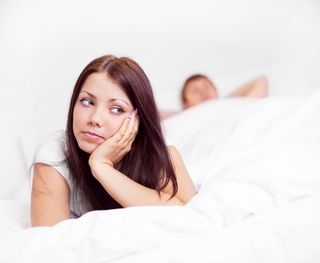 The most effective way to prevent pregnancy after unprotected sex is with an intrauterine device (IUD), a new study finds.

Researchers reviewed 42 previous studies involving a total of 7,034 women who had an IUD inserted after unprotected sex, and found that 0.9 percent of the women subsequently became pregnant.

The study did not directly compare IUDs with emergency contraception pills, but other studies of women taking the pills have shown that 1.4 to 3 percent become pregnant, said study researcher Kelly Cleland, a public health researcher at Princeton University.

The notion that IUDs can prevent pregnancy after intercourse is not widely known.

"I think that IUDs are not at all on the radar of most women," Cleland said. "The idea of using an IUD as emergency contraception is completely new to most people." In the U.S., IUDs are not approved by the Food and Drug Administration for use as emergency contraception; this would be an off-label use. But doctors' guidelines say this use is appropriate.

Unlike the pills, IUDs provide long-lasting protection against pregnancy, for as long as 10 years after they are inserted into the uterus.

To be sure, there are reasons why women may opt for emergency contraception pills instead of IUDs. The pills are safe, effective and much easier to obtain than IUDs, Cleland said. IUDs must be inserted by a health care provider; pills are sold over the counter (without a prescription) to women ages 17 and older (those ages 16 and younger need a prescription).

Cleland and her colleagues reviewed 42 studies conducted in six countries between 1979 and 2011. Most of the IUDs in the studies were made of copper; IUDs that use hormones, such those sold under the name Mirena, have not been studied as a method of emergency contraception.

The majority of the studies were done in China, where IUD use is common. In 2009, 53 percent of married women using contraception were using IUDs, according to the study. In the U.S., about 5 percent of women use them for birth control.

The main way IUDs prevent pregnancy is by preventing fertilization, Cleland said. "Copper ions released by the IUD are believed to be toxic to sperm, impairing their motility and viability," she said. In addition, IUDs cause inflammation in the uterus, which leads to the release of fluids that impair the function of both eggs and sperm.

The fact that IUDs are so effective suggests that the devices may, in a small number of cases, prevent fertilized eggs from implanting in the uterus, Cleland said. Emergency contraceptive pills, which are slightly less effective, are not believed to prevent implantation.

Guidelines recommend that IUDs be inserted with five days of unprotected intercourse to be effective, and this also helps avoid the possibility of inserting the device after a fertilized egg has implanted in the uterus. On average, implantation happens nine days after ovulation, Cleland said.

IUDs can cost up to $500 and emergency contraception pills generally cost between $10 and $70, according to Planned Parenthood. [Morning-After Pill: Plan B Controversy Explained ]

Use on the rise

The only copper IUD available in the U.S. is sold under the brand name ParaGard. Guidelines from the American College of Obstetricians and Gynecologists say that copper IUDs are "appropriate for emergency contraception in women who meet standard criteria" for using IUDs. (The devices are not recommended for women with chlamydia, gonorrhea, pelvic inflammatory disease or certain cancers.)

Risks of using the device include severe menstrual pain and heavy bleeding, bleeding between periods and vaginal inflammation, according to the Mayo Clinic.

"In the U.S., the IUD has a bad reputation," Cleland said. One device called the Dalkon Shield, which was sold in the 1970s, was poorly designed and caused a great deal of illness and infection, she said. Much of the reluctance to use IUDs on the part of providers and women is likely related to that, but the fact that insurance companies do not always cover IUDs may also play a role.

In recent years, use of IUDs for birth control has risen, and further increases are expected, Cleland said.

The study was published on May 8 in the journal Human Reproduction. The research was funded by the Eunice Kennedy Shriver National Institute of Child Health and Development.

Pass it on: IUDs are an effective way to prevent pregnancy after unprotected sex.