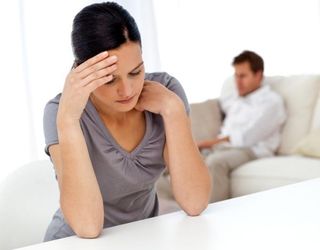 To study the long-term consequences of the disease, researchers at the Johns Hopkins Children's Center in Baltimore monitored 831 women between the ages 14 and 38 for seven years, following their initial PID diagnosis. The participants initially had mild to moderate PID, and one in five had recurring PID episodes.

PID is a complication of sexually transmitted infections (STI), and is characterized by inflammation of the uterus, fallopian tubes or other reproductive organs. It can also cause chronic pelvic pain and ectopic pregnancy.

In the past, chlamydia and gonorrhea and were the main causes of PID, but recent research shows these STIs make up about a third of PID cases today, and other pathogens such as Mycoplasma genitalium are now causing many of the current cases. PID affects more than 800,000 U.S. women each year, according to the Centers for Disease Control and Prevention, with one in 10 developing infertility.

"When it comes to PID, we must remain as vigilant as ever," study researcher Dr. Maria Trent, of the Johns Hopkins Children's Center, said in a statement. "Even though PID has changed over time, it is still very much a disease that can have detrimental consequences to a woman's childbearing ability and can lead to chronic pelvic pain down the road."

Among the teen participants, nearly 40 percent reported chronic pelvic pain, according to the findings, which were published in September in the journal Sexually Transmitted Diseases. Teens with recurrent PID also had a fivefold increased risk of chronic pelvic pain, compared with their PID-free counterparts.

"The fact that close to one-fifth of these girls were already showing signs of infertility is quite alarming, and might mean that the numbers will increase as these girls get older and actively try to get pregnant," Trent said.

Pass it on: Recurrent pelvic inflammatory disease (PID) can double a woman's risk of infertility and quadruple her risk of chronic pelvic pain.