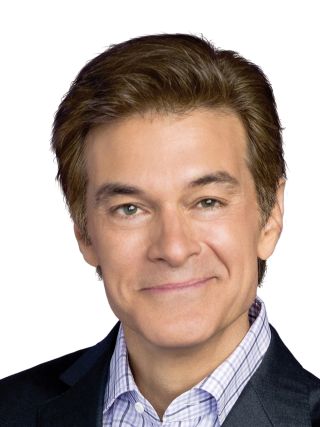 At least 1,000 U.S. doctors say they think Dr. Mehmet Oz should resign from his faculty position at Columbia University in New York, a new poll finds.

Earlier this week, 10 doctors sent a letter calling for Oz, host of the popular TV show "The Dr. Oz Show," to be removed from his academic position as a cardiothoracic surgeon at Columbia. The doctors said that Oz has promoted products and made claims that aren't supported by medical evidence.

SERMO has more than 300,000 U.S. members, according to its website. The poll is still live, so no margin of error has been calculated yet.

In the letter sent to Columbia, doctors from around the country criticized Oz for his "disdain for science" and his "baseless" opposition to foods made from genetically modified organisms (GMO).

"Worst of all, he has manifested an egregious lack of integrity by promoting quack treatments and cures in the interest of personal financial gain," they wrote.

Oz responded to his critics on an episode of his TV show that aired Thursday, calling their actions an attack on his freedom of speech.

"I vow to you right here and right now, we will not be silenced," he said.

Oz said that he never promotes treatments for his own financial benefit, and attacked the doctors who wrote the letter for having ties to the GMO industry.

Oz has argued that he does not oppose GMO foods, but says they should be labeled as GMOs. Critics say such labeling would raise needless alarm among consumers, and that there is no evidence that these foods are not as safe for consumption as are conventionally grown crops.

Last June, Oz came under fire during a Senate hearing because he's made claims about "miracle" cures and weight-loss supplements such as green coffee extract, despite the lack of scientific evidence of their efficacy.