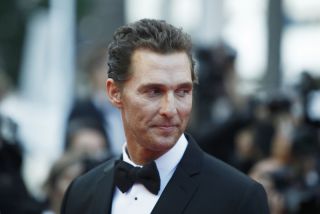 During his 2014 Oscar acceptance speech for best actor, Matthew McConaughey recalled that a woman asked him as a teenager, "Who's your hero?" He replied, "You know who it is? It's me in 10 years." McConaughey, one of Time Magazine's most influential people of 2014, described how he needed a role model for inspiration and motivation, and he found those in his future self.

A new study on how powerful people find inspiration shows that McConaughey is not alone.

"Powerful people draw inspiration from their own experiences, not from those of others," said Gerben van Kleef, the lead researcher of the study and a professor of social psychology at the University of Amsterdam in the Netherlands. "In contrast, people with less power are better able to draw inspiration from others." [The 10 Most Powerful Modern Women]

Powerful people are often bad listeners, but they tend to get excited when they talk about their own experiences, van Kleef said. He and his colleagues decided to find out why, and test whether powerful people — individuals who can influence others — are inspired by themselves.

The researchers conducted four experiments to determine where powerful people find inspiration. In each, between 82 and 239 undergraduate students at the University of Amsterdam and the University of California, Berkeley, answered surveys about how powerful they felt, rating themselves on questions such as, "I can get others to do what I want," and "I think I have a great deal of power."

In one experiment, students who felt more powerful reported they drew more inspiration from themselves than they did from others during typical conversations. In another, the students were paired up, and asked to share and then listen to an inspiring experience, rating how inspired they felt throughout the entire conversation.

It's unclear why powerful people draw more inspiration from themselves, but the researchers offered three theories.

"Powerful individuals have a tendency to inflate their own importance while depreciating others, and to prioritize themselves over others in social interactions," van Kleef told Live Science. "We thought that these tendencies might extend to the ways in which powerful people become inspired."

Powerful people also may see themselves as superior to others, he said. "We reasoned that powerful people would have a harder time appreciating the greatness of another person," van Kleef said.

Moreover, people often enjoy talking about themselves, but try not to overdo it because of social pressures. But powerful people are less susceptible to social pressures, which might make it easier for them "to publicly indulge in the greatness of their own experiences," van Kleef said. [5 Ways Your Emotions Influence Your World (and Vice Versa)]

The study will help scientists draw a better picture of the powerful, said Kristin Laurin, an assistant professor of organizational behavior at the Stanford Graduate School of Business, who was not involved with the study.

Perhaps future research will explore how others react to powerful people, and whether they find the self-absorption offensive or maybe even a relief that they themselves don't have to talk that much, she said.

"In other words, when you are powerful, is it in fact to your benefit to focus on yourself as a source of inspiration?" Laurin said. "Or does it make you miss out on exciting opportunities?"

The study was published Feb. 3 in the journal Social Psychology & Personality Science.