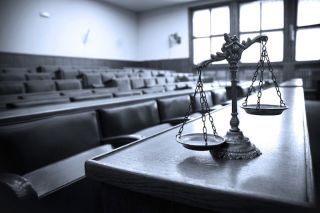 In Massachusetts and Colorado right now, thousands of ordinary citizens are answering jury summons, undergoing screenings that will decide if they will sit on the panels that will determine the fate of two young accused killers.

Jury selection is underway in both the Boston Marathon bombing trial of 21-year-old Dzhokhar Tsarnaev, who is accused of killing four people and wounding 260 more at the 2013 race, and in the Aurora Theater shooting trial of 27-year-old James Eagan Holmes, who has been charged with killing 12 and wounding 70 in a mass shooting during a showing of the movie "The Dark Knight Rises."

Unfortunately, experts say, the trauma that these crimes may have inflicted on the people living in and around Aurora, Colorado, and Boston is likely to be magnified for anyone who goes through the jury selection process, and especially for the jurors who are ultimately chosen to hear these cases. They will have to watch and listen to graphic testimony, including pictures of wounded and dead victims at the crime scenes. In the case of the Boston bombing trial, jurors will likely have to watch security-video footage of the death of the youngest victim, 8-year-old Martin Richard, The Washington Post reported.

"The juror is going to be exposed to emotional testimony, often observing graphic visual evidence, autopsies and crime-scene photos," said James Acker, a professor of criminal justice at the State University of New York in Albany and one of the directors of the Capital Jury Project, a research effort to understand jury decision making in death-penalty cases.

Indeed, research on the mental health of jury members bears out Acker's predictions. For example, in a 1992 study published in the Journal of the American Academy of Psychiatry and the Law, researchers interviewed 40 jurors who served in one of four criminal trials. Two were murder trials, one was a child abuse case and the fourth involved of charge of illegally selling pornographic videos. The researchers found that 27 out of 40 jurors had at least one physical or psychological problem stemming from the trial, including sleeplessness, nightmares, difficulty eating and long-lasting anxiety.

A female juror on one murder trial — which dealt with the rape, beating and murder of a young woman by a man who posed as a door-to-door salesman — described her flashbacks:

"I'm paranoid," she said. "I can't shake it. I went to the Smoky Mountains, and twice, I ran into a fellow who looked like him. I flipped out. I got hysterical, shook and just ran … I dreamed he broke into my apartment on several occasions."

Such reactions aren't uncommon, said Michael Antonio, a professor of criminal justice at West Chester University in Pennsylvania who has studied jury psychology and mental health. In his research, one juror described breaking down on vacation after walking through a rock-strewn field because the victim in the trial she'd heard a year or two before had been bludgeoned to death by a boulder.

Even in trials involving milder crimes, like the obscenity trial in the 1992 study, jurors can find the proceedings upsetting. Several female jurors described having trouble having sex with their husbands after having to watch the pornographic videos in question, which they found disturbing.

Capital cases tend to be more traumatizing than typical criminal procedures, Acker said. The trials are often lengthy, which can result in financial hardship for jurors who are not compensated for months of leave from their jobs. The crimes discussed are, by definition, horrendous murders. And community and media scrutiny can be intense.

"The sense of the responsibility felt by the juror to the offender, the victims and to the community from which the juror has come, and will return, may cause divided emotions," Acker said.

In the cases of Aurora and Boston, the trials are national news.

"Those jurors are going to be scrutinized by everybody, regardless of what they find or don't find," Antonio said.

An interview that Antonio and his team conducted with one juror highlights the responsibility jurors feel in life-and-death decisions, he said. The woman had been on the jury in a death-penalty trial, and the defendant wound up being sentenced to life in prison, rather than getting the death penalty. Not long after, the juror saw the victim's family in the grocery store and had a breakdown, fearing how the family would react to one of the people who'd spared the killer's life. [The History of Human Aggression]

In interviews with 1,198 jurors of capital cases, Antonio and his colleagues found that 711 — or 59 percent — described the experience as "upsetting." Moreover, 36 percent had anxiety symptoms, including a loss of appetite, trouble sleeping and nightmares. Women reported more symptoms than men, with 70 percent of women and half of men calling capital jury duty upsetting, the researchers reported in The Justice System Journal in 2008.

Interestingly, the study also found that the emotional impact of a trial didn't change much based on whether juries decided on life or death for the convicted. In cases where the sentence was death, 63 percent of jurors said the experience was upsetting, versus 57 percent in cases where they decided against the death penalty. Furthermore, the sentence chosen did not affect whether jurors had problems eating or sleeping.

Isolation can worsen the stress, as jurors are not allowed to discuss the trial or their feelings about it with anyone, including one another. That rules out counseling during the trial. Some court systems offer jurors counseling after the trial, and officials in Aurora have said that professional counseling will be offered after the Holmes trial. However, the availability of this service varies from state to state and from trial to trial.

After their findings about juror stress, Antonio and a colleague attempted to get post-jury-duty workshops off the ground at some of their local courthouses.

"Some had interest; others did not," he said. The workshops never materialized due to a lack of time. And although lawyers and judges are aware that jury duty can take an emotional toll on people, most courts lack formal proceedings, or even requirements, that judges debrief the jury after the trial, Antonio said. [Top 10 Controversial Psychiatric Disorders]

Although jury duty is a known burden for jurors, it is less clear how the emotional fallout of being on a capital jury may affect justice. What is known, however, is that even as capital juries feel a huge weight of responsibility in making the right decision, they often come to verdicts without living up to the legal standards set by the Supreme Court.

After a series of Supreme Court cases in the 1970s, states were forced to offer juries guidance on how to weigh mitigating and aggravating factors in the crime, and to split the decision-making process into two stages: Juries are supposed to decide first whether a defendant is guilty, and then later arrive at a sentence in a second phase of the trial, after hearing from the prosecution and defense.

William Bowers, another co-director of the Capital Jury Project, has found that jurors frequently fail to separate the two decisions. In interviews with 1,198 jurors from 353 separate capital trials, "half of the jurors told us that they knew what the punishment should be at the guilt stage of the trial," Bowers told Live Science. What's more, those jurors reported sticking to that conclusion throughout the sentencing phase of the trial, refusing to change their minds in response to aggravating or mitigating evidence presented in court.

"That's pretty firm confirmation that it wasn't working the way it was supposed to," Bowers said.

Similarly, defendants are supposed to be protected by the Fifth Amendment, which guarantees the right to remain silent. But here, messy human emotion comes into play, too. Antonio and his colleagues analyzed Capital Jury Project data and found that when a defendant failed to testify during the guilt stage of the trial, 27 percent of jurors felt the silence implied guilt, and 10 percent said it implied a lack of remorse. When the defendant stayed silent during the sentencing phase, nearly 10 percent said it implied the defendant's guilt, and 22 percent of jurors said the lack of testimony indicated a lack of remorse. The findings were published in the journal Judicature in 2005.

The jurors in the study knew they weren't supposed to consider the defendant's silence in their decision making but told the researchers that it was difficult to set aside.

"I don't care how much they instruct you — there is always that question," one juror said. "I think it was nagging in the back of my brain, but I also tried very hard to make sure the evidence corroborated guilt."

Jurors are always given instructions about how to approach the sentencing decision, Bowers said, but the legal language can remain difficult to parse. Often, jurors end up weighing evidence that may shorten or lengthen a defendant's sentences by "sort of down-home personal feelings," he said. One juror may feel strongly that a defendant who was abused during childhood deserves a shorter sentence, whereas the juror sitting nearby might see childhood abuse as no excuse at all, Bowers said.

But in any case, as the jurors deliberate, they often become entrenched in their positions, research shows. This "biased assimilation affect" was described in a 1979 study in the Journal of Personality and Social Psychology. In that study, students were shown evidence either "proving" that capital punishment deters crime or evidence "proving" that it does not. Both the students who had previously favored the death penalty, as well as those who were against it, accepted the evidence that supported their own pre-existing beliefs and picked apart the evidence that didn't.

A jury deliberation "often deteriorates into a personality conflict dispute between the two sides," Bowers said. This can stress jurors further, particularly if they feel bullied or regret "giving in" to a verdict or sentence they did not originally want to hand down.

The pressure can be worst for holdouts. Juries must unanimously agree on a death sentence, so just one outlier can hang a jury. A hung jury, however, means a retrial, which judges are keen to avoid. Thus, judges will often insist that juries deliberate for days to try to reach a unanimous decision.

"Just imagine you against 11 other people," Antonio said. "And the other people want to get the heck out of there." Some of the most anguished jurors interviewed in the Capital Jury Project were holdouts for life sentences who eventually caved to the pressure for a death sentence.

Researchers haven't looked directly at whether jurors who are more mentally affected by the trial are more likely to disregard legal criteria, but it is a concerning possibility, Acker said.

"People may well be affected by what they've seen and heard, and they're thus distracted from paying attention to the legal criteria that ought to be guiding their decisions," Acker said.