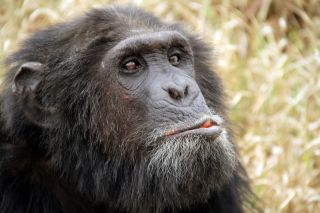 Animal-rights advocates seeking "personhood" for chimpanzees want to take their case to the highest court in New York State.

Since 2013, an organization called the Nonhuman Rights Project has been seeking a writ of habeas corpus to free a pet chimpanzee named Tommy from the cage in which he is housed in upstate New York.

A writ of habeas corpus is designed to prevent unreasonable detention — but so far, only for people. Lawyer Steven Wise and his colleagues at the Nonhuman Rights Project have been arguing in New York's courts that Tommy's living conditions are akin to those of a person living in unlawful solitary confinement. They want him moved to a sanctuary instead. [8 Humanlike Behaviors of Primates]

Earlier this month, three judges with New York's Third Judicial Department ruled that Tommy is not entitled to the rights of a human. They wrote that there is no precedent or legal basis for considering animals as people, and that people, at least under the legal definition, must have the ability to bear legal responsibilities.

"Needless to say, unlike human beings, chimpanzees cannot bear any legal duties, submit to societal responsibilities or be held legally accountable for their actions," the judges wrote in their seven-page decision. "In our view, it is this incapability to bear any legal responsibilities and societal duties that renders it inappropriate to confer upon chimpanzees the legal rights — such as the fundamental right to liberty protected by the writ of habeas corpus — that have been afforded to human beings."

But in a new motion for permission to bring the case to the New York Court of Appeals, advocates with the Nonhuman Rights Project said the judges made several errors in their decision. They argue that a person's right to bodily liberty does not depend on a person's species or ability to perform legal duties. In an affidavit filed this week, the organization also claims, "New York has expressly granted personhood to certain nonhuman animals by allowing 'domestic or pet' animals to be trust beneficiaries."

"We have always expected that this case would have to be decided at the highest level," Natalie Prosin, executive director of the Nonhuman Rights Project, said in a statement today (Dec. 18). "We hope we are granted permission to appeal to the Court of Appeals so that we can give Tommy his day in court."

Animal law expert David Favre, who is a professor at Michigan State University, said he thinks the arguments raised in the case are "cogent and novel." At the same time, Favre said in an email to Live Science that he has "no idea if any of the judges will be interested in taking up the public policy challenge represented by the case."

Tommy's owners, Patrick and Diane Lavery, have until Jan. 2 to reply to the motion for permission to appeal.