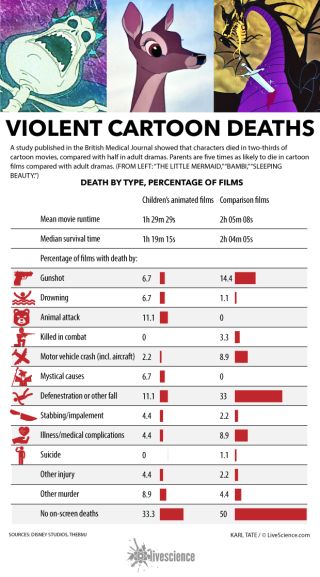 A study found out you're more likely to die if you are a cartoon character, than if you are an adult drama character.
(Image: © By Karl Tate, Infographics Artist)

A study published in the British Medical Journal showed that characters died in two-thirds of cartoon movies, compared with half in adult dramas. Parents are five times as likely to die in cartoon films compared with adult dramas.