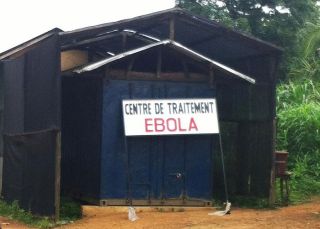 Ebola survivors in West Africa are often shunned by their communities, and they have few possessions because many of their personal belongings are destroyed to prevent the disease from spreading.

But several organizations are working to help Ebola survivors make the transition back into their communities — for example, by providing them with bedding and other basic items, and speaking with community members to reduce the stigma, according to the Centers for Disease Control and Prevention.

Survivors are thought to be immune to the strain of Ebola causing the current outbreak, and many now work as caregivers for those with Ebola, the report said.

"Nothing says more about the resilience of the human spirit than Ebola survivors who become role models for their communities," Dr. Tom Frieden, director of the CDC, said in a statement. "They show others that Ebola can be defeated, and provide care, support and inspiration for others stricken by this terrible disease."

About 30 to 40 percent of people in West Africa who are infected with Ebola survive the disease, and there are now thousands of Ebola survivors in the region, the CDC said. [How Do People Survive Ebola?]

In Sierra Leone, more than 1,100 people have survived Ebola as of Dec. 6, according to a new CDC report. However, a recent survey in the country found that 96 percent of the general population reported a discriminatory attitude toward people with Ebola or those who'd had the disease in the past.

Now, the Sierra Leone government, along with the CDC and other organizations, have formed a consortium to support Ebola survivors. Survivors receive a packet that includes cash, bedding, clothing and other essential items.

They also receive help from counselors, who accompany survivors back to their communities, and speak with town members about the importance of survivor acceptance, the CDC said.

Members of a reintegration team also check up on survivors every week for three months to provide social and psychological support.

Two reports about the efforts to provide support to Ebola survivors are published today (Dec. 12) in the CDC journal Morbidity and Mortality Weekly Report.