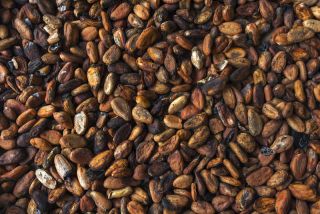 Additionally, brain imaging of the participants who consumed the high amounts of flavanols revealed noticeable improvements in the function of a region called the dentate gyrus, which is thought to be involved in memory.

Flavanols are naturally found not just in cocoa beans, but in tea leaves and in certain fruits and vegetables well. However, the overall amounts of flavanols they possess, as well as their specific forms and mixtures, vary widely.

A recent study in mice found that flavanols increased the number of connections among neurons in the dentate gyrus.

And other research found that changes in this region might be linked with age-related memory decline, such as forgetting where you parked the car or placed your keys. [6 Fun Ways to Sharpen Your Memory]

Normal age-related memory decline starts in early adulthood, but usually does not have any noticeable impact on people's quality of life until they reach their 50s or 60s. Age-related memory decline is different from the often-devastating memory impairment that occurs with Alzheimer's disease, which happens when the disease impairs and destroys neurons in various parts of the brain, including the memory circuits.

In the new study, Small and his colleagues wanted to see if cocoa flavanols might improve dentate gyrus function and therefore boost memory. The researchers looked at 37 healthy volunteers, ages 50 to 69, who were randomly assigned to eat either a high-flavanol diet or a low-flavanol diet for three months.

The people on the high-flavanol diet were given a drink containing cocoa flavanols, which was prepared specifically for research purposes.  The food company Mars, Incorporated partly supported the research, and also made the drink, using a proprietary process to extract flavanols from cocoa beans. Most methods of processing cocoa remove many of the flavanols found in the raw plant.

One of the study's co-authors, Hagen Schroeter, is employed by Mars, Incorporated, which has long-term research and commercial interests in cocoa flavanols. The other study's co-authors declared they had no financial or other conflicts of interest.

The participants underwent brain-imaging scans and took memory tests both before and after the study.

These tests involved 20-minute exercises in which participants had to quickly identify wavy items they had previously seen on a video screen.

The researchers noted the drink they used in the study is not the same as chocolate. "Chocolate has only minute amounts of flavanols," Small said. "Thus, our study does not in any way recommend or suggest eating chocolate."

Small cautioned the findings need to be replicated in a larger study, which he and his team plan to conduct.

The mixture of cocoa flavanols used in this study has also been shown to improve cardiovascular health. Brigham and Women's Hospital in Boston recently announced an NIH-funded study of 18,000 men and women that investigated whether flavanols can help prevent heart attacks and strokes.

The researchers detailed their findings online Oct. 26 in the journal Nature Neuroscience.