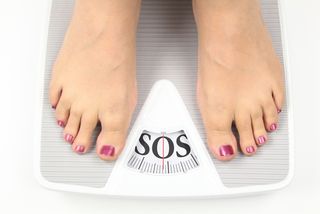 Despite the popularity of low-carb diets, more Americans still try to avoid fat than carbs, according to a new poll.

The results show that 56 percent of Americans say they actively avoid fat in their diets, compared with 29 percent who say they avoid carbohydrates, according to the poll, conducted this month by Gallup.

However, the percentage of Americans who try to avoid fat has dropped slightly in recent years, by about 8 percentage points since 2004, according to Gallup. This trend may reflect recent research that has called into question the view that fat is the main culprit in weight gain, and instead points to processed carbohydrates as the key drivers, Gallup says. Last month, Time magazine ran an article with the headline "Ending the War on Fat," which discussed this research.

Among Americans who are trying shed pounds, avoiding both fat and carbs is common. Nearly three-quarters (73 percent) of Americans who are trying to lose weight say that they avoid fats, according to the Gallup poll. A smaller portion, 44 percent, say they avoid carbs, but this is higher than the national average, Gallup says. [7 Biggest Diet Myths]

"Many dieters appear to take advice from both schools of thought [low-carb and low-fat], a reminder that dieters must customize and improvise to find the right balance for themselves," Gallup said in a statement.

Interestingly, 12 percent of Americans who are trying to lose weight say that they try to include fats in their diet.

The poll involved about 1,000 U.S. adults ages 18 and older living in all 50 states and the District of Columbia, and was conducted between July 7 and 10.