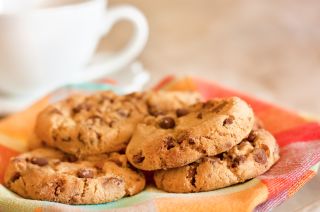 Refined carbohydrates such as corn syrup could trigger food cravings not unlike the cravings that drug addicts experience, new research suggests.

The findings, which are published today (June 26) in the American Journal of Clinical Nutrition, suggest that the quick spike and subsequent crash in blood sugar that comes after eating highly processed carbs activates reward and addiction centers in the brain.

The study was small and looked only at overweight and obese men, but if the findings can be replicated in a larger population, they would imply that avoiding refined carbohydrates is a good weight-loss strategy because people would avoid not only the calories, but the strong cravings they induce.

Christopher Gardner, a nutrition scientist at Stanford University Medical Center who was not involved in the study, said that this study and others looking at the question of whether refined carbs can truly be addictive may have implications for how these foods should be regulated.

"If it can be demonstrated that addictive foods are bypassing an individual’s ability to regulate their intake, then the possibility of designing, passing and enforcing legislation to help support Americans in making healthier food choices becomes more of a reality," Gardner wrote in an email to LiveScience.

The body typically breaks down carbohydrates into blood sugar, or glucose. Whole grains and carbohydrates in vegetables take a long time to break down, raising blood sugar slowly, whereas refined carbs such as sugar, corn syrup and white flour cause sharp spikes in blood sugar.

Research suggests that refined carbohydrates are tied to pleasurable feelings, but those studies typically compared enormously different foods: cheesecake versus steamed broccoli, for instance. That made it difficult to discern whether the carbohydrates, or some other part of the food, caused the cravings. [8 Tips for Fighting Sugar Cravings]

To tease out this difference, Ludwig and his colleagues gave 12 overweight and obese young men two drinks. One contained cornstarch, which has a low glycemic index, meaning it causes only a gradual rise in blood sugar. The other drink contained corn syrup, which has a high glycemic index. The researchers used artificial, zero-calorie sweeteners to make the two drinks taste identical.

The men who received the high-glycemic index drink showed a dramatic spike in blood sugar after consuming the drink. But four hours later, their blood sugar levels crashed, and they reported being very hungry.

At the same time, magnetic resonance imaging (MRI) brain scans of those who drank the corn syrup drink showed increased activation in a region of the brain called the nucleus accumbens, which has been tied to reward and cravings in past research, compared with the men who drank the low-glycemic index drink.

The authors hypothesize that the sharp drop in blood sugar spurred by cookies, chips or cake may not only stimulate hunger, but also make the idea of eating seem more rewarding and pleasurable to the brain.

There's a strong evolutionary reason to have food linked to pleasure, Ludwig said.

"The problem is when the modern, highly processed carbohydrates can hijack this evolutionarily based reward system, putting it, in effect, into overdrive," Ludwig said. "To put it simply, we didn't evolve to eat the low-fat Twinkie for breakfast."