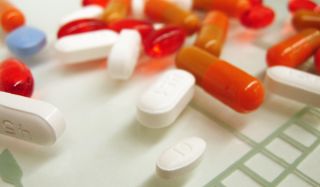 Nearly 90,000 U.S. adults visit the emergency room yearly for side effects of prescription psychiatric medications, and more than 10,000 of these visits are related to the sleep drug Ambien, according to a new study.

In fact, side effects of Ambien, along with generic forms of its drug zolpidem tartrate, were tied to more emergency room visits than those of any other psychiatric medication examined in the study.

Researchers analyzed information from 63 hospitals in the United States that collect data on emergency department visits for drug side effects, and then estimated how many visits would be expected for the whole U.S. population. [How 8 Common Medications Interact with Alcohol]

Between 2009 and 2011, there were an estimated 89,094 emergency room visits yearly for prescription psychiatric drug side effects, about half of which were among adults ages 19 to 44. About 1 in 5 of these ER visits resulted in a person being hospitalized, the study found.

The researchers found that about 60 percent of the ER visits were related to 10 specific psychiatric medications, taken either alone or in combination. Of these, the drug in Ambien was implicated in the most visits (10,212 visits), followed by Seroquel, an antipsychotic drug used to treat people with bipolar disorder and schizophrenia(6,900 visits), and the anti-anxiety drug Xanax, along with its generic forms (5,616 visits).

ER visits related to Ambien and its generic forms were more common among adults ages 65 years and older. Recent studies have found that ER visits for the side effects of the drug, zolpidem, are on the rise, and that use of the drug is linked with an increased risk of falls.

In early 2013, the Food and Drug Administration said that manufacturers of drugs containing zolpidem should lower the recommended dosage, because some people who took the drugs at night were still drowsy the next morning, putting them at increased risk for car accidents.

Although this change could reduce harms for people taking zolpidem, doctors should first consider other treatments for insomnia — such as educating people about good sleep habits — before prescribing drugs, the researchers said.

"Attempts to reduce the use of psychiatric medications when risks outweigh benefits have had mixed success, but the current burden of [adverse drug events] from therapeutic use of psychiatric medications…suggests that such efforts should continue," the researchers, from the Centers for Disease Control and Prevention and Johns Hopkins University, wrote in today's (July 9) issue of the journal JAMA Psychiatry.

The study did not include emergency department visits related to drug abuse or self-harm (such as a suicide attempt) with psychiatric medications.