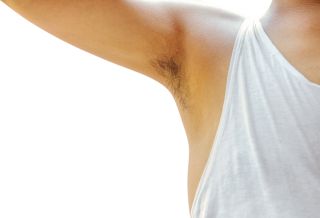 Our noses can quickly distinguish a pleasant smell and a stench, but until now the chemical cues that help us make such decisions had not been understood.

Researchers have found that heavier, more spread-out molecules tend to smell worse than lighter, more compact molecules, although exceptions to the rule exist. The finding can be used to predict how good or bad a molecule smells before anyone takes a whiff of it.

Rehan Khan, a neuroscientist at the University of California in Berkeley, thinks evolution selected for pleasantness of smell as a gut reaction to guide us through our environments.

"People can tell you right away whether something smells bad or good, but they're bad at naming the scent," Khan said. "Evolution probably latched onto the most efficient cues, like how the eye uses the wavelength of light to pick out colors."

Khan and his colleagues' findings are detailed in a recent issue of the Journal of Neuroscience.

To find the nose's shortcuts for discerning good smells from bad, Khan and his team looked at more than 1,500 different properties of about 150 molecules, then compared them to professional "smelling assessments" of the substances.

In the end, molecular weight and electron density best correlated with pleasantness. Butanol, for example, is an "electron-dense" and spread-out molecule that stinks like rotting wood, while limonene—a compact but lightweight molecule—smells like citrus.

"We think, evolutionarily, that our bodies have settled on this handful of properties to distinguish good smells from bad ones for a reason," Khan told LiveScience, but admitted that he's uncertain why the brain and nose evolved sensitivity to the molecular properties that they did.

"What we do know is that chemicals perceived as less pleasant are generally not useful to us, and can even be harmful," he said.

Putting their new model to the test, Khan and his colleagues predicted how good or bad 27 chemicals not previously assessed by experts smelled across American, Jewish-Israeli and Arab-Israeli cultures.

Khan and his team's model, it turns out, correctly placed about 30 percent of the chemicals in an ordered list of bad-smelling to pleasant-smelling molecules. He explained that the number may appear low, but it's relatively and statistically high given the differences in cultural upbringing and complexity of our smelling abilities.

"When we presented the preliminary results at a conference, a fragrance company said they flat-out didn't believe us," he said. The wary corporation sent his team 20 new molecules for the team to predict the pleasantness of, and when they returned their results, he said the company was "quite surprised."

Khan said the U.S. scent-manufacturing industry, which designs and produces the scents in everyday products such as food, perfumes and candles, is a multi-billion-dollar-a-year business.

But the companies who design and make the compounds rely on highly-trained and expensive professional smellers, called "noses," to assess them.

Khan thinks if his team's model could help design pleasant-smelling chemicals from the get-go and cut back the reliance on human noses.

"We can now use chemistry to predict the perception of the smells of new substances," Khan said. "This may really help to design scents other than by trial-and-error, which is an extremely expensive process."