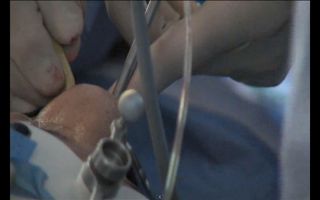 Before mummifying someone, the ancient Egyptians would remove the deceased's brain through the nose. Today, neurosurgeons can operate on brain tumors using a similar method.

Gaining access to tumors in the pituitary gland and other regions at the skull base — the bony ridge behind the nose and eyes — is difficult, because these areas are close to critical nerves and blood vessels linked to the brain, head and spinal cord. Traditionally, removing these tumors required a large incision, known as a craniotomy, which leaves scars and can requires a lengthy recovery period.

But in recent years, surgeons have developed a much less invasive brain surgery method. Transnasal endoscopic skull-base surgery involves accessing the brain through the nostrils, removing the tumor and reconstructing the tissue along the entryway. [Photos: 10 Weird & Terrifying Medical Instruments from the Past]

The new surgery method "removes bone instead of brain, to minimize collateral damage," said Dr. Pablo Recinos, a neurosurgeon at Cleveland Clinic in Ohio, who has been one of the pioneers of this technique.

A major advance in skull-base surgery came as a result of the improvement in endoscopic techniques, which involve the use of a tiny, telescoping camera, Recinos told Live Science.

Neurosurgeons started using endoscopes in pituitary-tumor surgeries about 20 years ago, Recinos said. Then, in the last decade, they began performing endoscopic skull-base surgeries through the nose. But it wasn't until recently that scientists developed skull-base tissue reconstruction methods.

Performing transnasal brain surgeries requires two people to operate on the patient at the same time: a neurosurgeon to perform the surgery, and another doctor — usually an ear, nose and throat specialist (ENT) — to control the endoscope.

"It's literally like a marriage or a dance partnership," Recinos said. "You need to learn to dance without stepping on each other's toes."

During a surgery, Sindwani first snakes his instruments through the nostrils to the sinuses and removes thin bony partition that separates the upper nose from the skull base. Then, he opens the brain's surrounding membranes, "and we're into the brain," Sindwani said.

Next, Recinos goes in and removes the tumor, using the endoscope and a brain navigation system.

Finally, the surgeons retrace their tracks and reconstruct the tissue that was damaged during entry. [Watch a Brain Surgery Through the Nose (Video)]

"This technique was first introduced less than 10 years ago, and only a few centers are doing it to a high level," Sindwani told Live Science. "What's unique to what we're doing is, we don't tag in and out — we're there the entire time and doing it as a combined approach. It's a two-surgeon, four-hand technique."

Compared with traditional craniotomies, the transnasal method allows for more complete tumor removal, Recinos said. But pituitary tumors are generally benign, so it's not critical to get every last cell, he said.

The new method may reduce the length of time patients spend in the hospital after surgery, compared with patients recovering from craniotomies, although research is ongoing, Recinos said.

Like all surgeries, the transnasal skull-base surgery carries risks, including bleeding, infection, stroke, damage to optic nerves (which can result in blindness) and other nerves, and leakage of spinal fluid if the hole at the skull base isn't properly sealed.

But having the endoscope and navigation tools helps minimize these risks by offering better visualization, Recinos said.