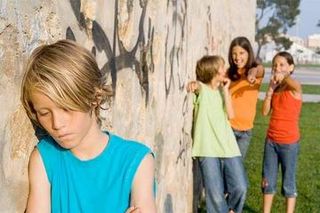 About 200,000 bullied high-school students in the United States bring weapons — including guns, knives and clubs — to school, according to a new study.

But among the kids who were bullied the worst, 72 percent carried a weapon to school in the last month. This group included kids who had been threatened or injured with a weapon, had been in a physical fight, had their property stolen or damaged, and had missed school because they felt unsafe there.

When the researchers looked specifically at the issue of children bringing guns to school, they found that 6 percent of bullied kids carried a gun to school, compared with 5 percent of kids who were not bullying victims. But again, the rate rose sharply among those who were bullied the worst, with 63 percent saying they had brought a gun to school in the past month. [Fight, Fight, Fight: The History of Human Aggression]

"What we are finding is exceptionally high rates of high-school students carrying weapons to school if they have previously been a victim of bullying, and they have otherwise had threats to their safety and property," Adesman told Live Science.

In 2011, about 20 percent of U.S. high-school students reported that they had been bullied within the past year, Adesman noted.

In the study, the researchers examined data from a 2011 nationally representative survey of 15,000 U.S. high-school students conducted by the Centers for Disease Control and Prevention (CDC). The students were asked whether they had been bullied in school in the past year, and how often they carried a weapon to school.

The researchers analyzed an additional four factors that could potentially affect kids' likelihood of bringing weapons to school: whether the kids had missed school because they felt unsafe there, had their property stolen or damaged, had been threatened or injured with a weapon, or had been in a physical fight.

The researchers also examined the effect that some or all of these risk factors combined had on the likelihood of bullied kids' carrying weapons on school grounds.

The more risk factors the bullied kids had experienced, the more likely they were to carry a weapon.

"I think we need to not just focus on the bullies themselves, but we need to be mindful of the fact that their victims also pose a potential serious threat to the safety and sanctity of the school environment," Adesman said. "And, clearly, more needs to be done to make sure that high schools and all schools are a safe environment for school children to learn."