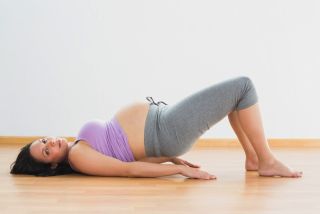 A new study suggests that women with broader hips have more casual sex because they fear childbirth, but outside scientists contest the findings.
(Image: © wavebreakmedia, Shutterstock)

Women with wide hips have more sexual partners, purports a new study making the rounds in the media. The explanation? Perhaps these women are less anxious about giving birth, because of those childbearing hips.

But put away your tape measure. Anthropologists are casting doubt on the findings, saying the measurements used aren't a good indication of a woman's likelihood of having difficulty giving birth. Other factors, such as a limited study population, might also skew the results.

"In order for this to really be supported, somebody has got to test this same kind of thing in a lot of populations," said Wenda Trevathan, a biological anthropologist at New Mexico State University, who was not involved with the research.

The study began with an oft-cited theory called the obstetrical dilemma, which holds that humans sacrificed relative ease of childbirth for standing upright, said Colin Hendrie, a professor of human and animal ethology at the University of Leeds in the U.K. and researcher on the new study. Narrower hips are better for walking, while wider hips are better for birthing; so women's hips strike the balance between the two needs. [Awkward Anatomy: 10 Odd Facts About the Female Body]

"There is a prediction that says childbirth is more dangerous for smaller women than larger women," Hendrie told Live Science.

Thus, women with wider hips might subconsciously know that childbirth is less risky for them and be "a lot more relaxed in their social behavior," he said.

Hendrie and his colleagues recruited women between ages 18 and 26 from the University of Leeds and areas nearby. They measured the distance between each woman's iliac crests, the bony protuberances of the hips that can be felt on the front of the body. The women then filled out questionnaires about their sexual histories.

"What we found is that women that had narrow hips had fewer sexual partners, and most of those were within the context of a relationship," Hendrie said.

The women with wider hips — more than 14 inches (36 centimeters) across — had the same number of committed sexual partners as the women with narrow hips, but also had more one-night stands and hookups in their past. The findings are detailed in the April issue of the journal Archives of Sexual Behavior.

Hendrie says the conclusions are a strike back against the "sexist" theory that a woman's hip-to-waist ratio determines her sexual behavior, because men are attracted to the combined small waist and curvy hips.

"What these studies are actually saying is that women are in control of their own destinies," he said: They gauge their own personal danger from childbirth and adjust their sexual behavior accordingly.

But anthropology researchers were skeptical.

"I honestly think there are some, I'm just going to say it, pretty shameful omissions in this paper," said Holly Dunsworth, an assistant professor of anthropology at the University of Rhode Island.

"I have an obstetrics textbook here on my desk and nowhere does it say or diagram how big the birth canal is by using bi-iliac breadth," she said. In fact, she said, bi-iliac breadth is the one measurement that is consistently larger in men, because it correlates to body mass.

"They don't give you the body mass of the women or the height of the women," Dunsworth said.

Hendrie argued that the breadth between the iliac crests is a "fairly good approximation of what we're after."

Even if the iliac measurement worked, Dunsworth and Trevathan brought up other concerns. The sample from Leeds and its surroundings is limited, Trevathan said, a limitation Hendrie acknowledged. It also provides a very narrow view of human history.

When a baby is too big to fit through a woman's pelvis, it's called cephalopelvic disproportion (CPD). Despite the common misconception that this "disproportion" is a major cause of Cesareans, CPD is relatively rare, occurring in only about 1 in 250 pregnancies, according to the American College of Nurse Midwives.

And in human evolutionary history, Trevathan said, CPD likely would have been even less common. Women would not have had as much nourishment as is available today, so babies were smaller, she said. And problems such as gestational diabetes, which results in larger-than-normal newborns, wouldn't have been very widespread. [Blossoming Body: 8 Odd Changes That Happen During Pregnancy]

"They're looking at current challenges with childbirth and extrapolating it into the past and looking at things being a lot worse than they really were," Trevathan said.

Hendrie responded by pointing to evidence that emergency cesarian sections are more common in smaller women than women with larger frames, and that regions without medical access during childbirth have high rates of traumatic injury in birth. (For example, more than a million women in Africa have fistulas, or holes in their vaginal walls caused by childbirth trauma, according to the Fistula Foundation.)

Finally, pelvis size changes with childbirth and with age. Hendrie and his colleagues tried to even out the disparate ages of the participants by measuring sexual partners per year of sexual activity, but that attempt doesn't quite do the trick, Dunsworth said. A 25-year-old with years of experience under her belt might be more comfortable with hooking up with strangers than an 18-year-old who just left home. Thus, the 25-year-old might have more partners per year of activity, but it's a result of experience, not behavioral differences, Dunsworth explained.

If hips are spreading with age — which they do: an increase of 0.8 inches (22 millimeters) on average between age 20 and 80, according to a November 2011 paper published in the Journal of Orthopaedic Research — the experience gap might explain the correlation between wider hips and sexual behavior, Dunsworth said.

The idea that women might be aware of their own fertility and have evolved their behavior accordingly is not a new one, Trevathan said. Nevertheless, it is not clear whether women are aware of their own hip size and take it into account, subconsciously or not, when deciding whether to have sex. Trevathan called it "a stretch." Hendrie disagreed.

"For me, it's not a big leap to say that if you're small in stature with narrow hips, that's a signal to be sexually cautious," he said.

Editor's note: This story was updated at 2:40 p.m. Eastern time to add a reaction from Hendrie on the issue of childbirth trauma.