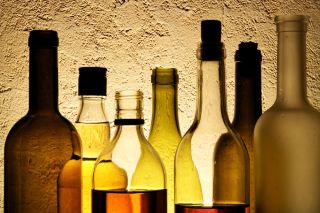 People with certain personality traits may at increased risk for drug use problems, and studying personality may help researchers better understand and treat these problems, according to a new review.

Many studies have attempted to link genes to the condition researchers call substance use disorder, but they've largely failed to do so, even though the condition can run in families, said Dr. Sergi Ferré, a senior scientist and section chief at the National Institute on Drug Abuse.

That may be because the connection between genes and substance use is not straightforward, and personality traitsmay serve as a bridge between the two, Ferré said. Personality traits have already been linked with the risk of having substance use disorder, and with certain circuits in the brain. [Never Too Late: 5 Bad Habits You Should Still Quit]

"We should [have] many more studies trying to connect those personality traits and genes," Ferré said. "They will allow us to get better clues about the genetic and other factors that predispose to SUD," Ferré said, referring to substance use disorder.

One reason for this may be that people with more positive emotions and who are extroverted are more sensitive to all kinds of rewards — be it rewards from social situations, winning a game, or getting a promotion — and these other rewards "compete" with the positive feelings that can come with using a drug, Ferré said. On the other hand, people with low positive emotionality/extroversion have less interest in other rewards, and are more easily pulled in by the effects of the drug, Ferré said.

"A person that is very sensitive to punishment finds, in drugs, something that allows them to escape," Ferré said.

Finally, low levels of a trait known as constraint, which is the ability to stop a behavior or action once you start it, is also linked with an increased risk of substance abuse.

The researchers stressed that whether people abuse drugs depends on many factors, not just their genes and personality, but also their environment and past drug use.

Several brain circuits have been linked with the personality traits that people who develop drug problems tend to have. For example, people with low levels of positive emotions have fewer receptors for the brain chemical dopamine, which is linked with feelings of reward and pleasure. And people with fewer dopamine receptors are less sensitive to the chemical's effects, which would explain the tendency of drug users to have little interest in rewards besides drugs.

People may be born with fewer dopamine receptors than others, but drug use can also lower their numbers, possibly affecting personality and making people less extroverted, as well as increasing the risk for drug abuse.

"Drugs, they change our personality, unfortunately in the direction in making us more vulnerable to SUD," Ferré said.

"Understanding the brain systems that determine these personality traits will allow us to work on these systems pharmacologically and change them in the direction that make a person more resilient," so they can resist drug abuse, Ferré said.

Ferré and colleagues recently reviewed the link between personality traits and substance use disorder in the April issue of the journal Trends in Cognitive Sciences.