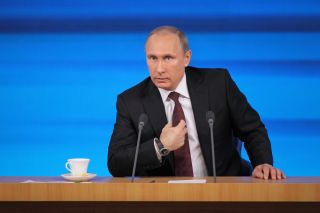 Russia has been indefinitely suspended from the group of countries known as the G8, a consortium of eight of the world's largest national economies.

The move to expel Russia, announced yesterday (March 24), resulted from Russia's annexation of Crimea, formerly a part of Ukraine. The act of military aggression was widely condemned in international diplomatic circles.

The G8 — which for the time being might be referred to as the G7 — came about in the 1970s, as the world was reeling from the impact of the OPEC oil embargo and other economic issues. [OPEC Oil Embargo: A Timeline]

History of the G8

In its earliest form, the group included only the finance ministers or their equivalents from the seven nations, but it soon included the heads of state from each country. The group meets on an annual basis, and invitees from other countries and entities (such as the European Union, the International Monetary Fund and the World Bank) often attend the G8 annual summit.

After the fall of the Soviet Union in 1991, Russian President Boris Yeltsin was invited to attend the G7 Summit as an observer; in 1998 — in a move intended to put the Cold War to rest — Russia achieved full membership, creating the G8.

How does the G8 function?

Unlike the United Nations or other international organizations, the G8 is a relatively informal group — it has no permanent administration, no officers and no physical headquarters.

Each year, the presidency of the G8 shifts to another leader, in a particular order (Germany, then Japan, then Italy, etc.). The president plans and hosts a series of meetings, including the annual G8 summit that occurs mid-year at a site in the host country.

Russia was expected to host the 2014 G8 Summit in Sochi (site of the Winter Olympics), but the summit will now take place this summer in Brussels, Belgium.

What does the G8 do?

Not much, according to Russian leaders, who've shrugged off their expulsion from the G8.

"The G8 is an informal club, with no formal membership, so no one can be expelled from it. If our western partners believe that such format is no longer needed, so be it," said Russian Foreign Minister Sergei Lavrov, as quoted in The Guardian. "We aren't clinging for that format and we won't see a big problem if there are no such meetings for a year."

Other observers note, however, that the G8 is instrumental in addressing a wide range of international issues, from economic activity and global warming to sex trafficking and terrorism.

"The opportunity for unscripted, unfiltered, unmediated conversation amongst the world leaders at summits is something that routinely is mentioned as absolutely essential for potential breakthroughs, true understanding and meeting of minds," said Stewart Patrick of the Council on Foreign Relations.

Critics, however, are quick to accuse the G8 of being a Western-centric anachronism that doesn't reflect the reality of today's global economy.

Russia now joins a number of other global economic powerhouses that are not included in the G8.

Brazil, India, China, Mexico and South Africa are sometimes referred to as the Outreach Five, or O5, since they are frequently invited to meetings and summits as observers.

The G20, a group of financial officials from 20 of the largest national economies, more accurately represents the interconnected global economy and includes Argentina, Brazil, Australia, South Africa, India, Saudi Arabia and other nations. Together, the G20 represents about 85 percent of the world's gross product output.

Despite criticisms that the G8 has outlived its usefulness, it nonetheless represents about 60 percent of the world's gross product output, almost three-quarters of the world's military expenditure and nearly all the world's nuclear weapons.