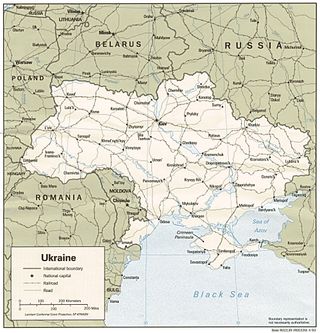 The Crimean peninsula extends off the southern coast of Ukraine into the Black Sea.
(Image: © Univ. of Texas )

In the ongoing international showdown between Russia and Ukraine, the region known as Crimea has emerged as the top prize — a position it has held, for better or worse, for millennia.

Russian-allied troops in Crimea have taken hold of key targets — including airports, government offices and military bases — and Russian military leaders demanded the complete surrender of all Ukrainian forces in Crimea on Monday (March 3).

What is it about this peninsula that makes it so desirable as a geopolitical trophy? The answer lies in Crimea's unique climate, diverse culture, geography and often-troubled history. [The 10 Epic Battles That Changed History]

Crimea has been a part of Ukraine since 1954, when Soviet leader Nikita Khrushchev "gave" it to Ukraine, which was then part of the Soviet Union until its dissolution in 1991. Since that time, Crimea has existed as a semi-autonomous region of the Ukrainian nation, with strong political bonds to Ukraine — and equally strong cultural ties to Russia.

Crimea has its own legislative body — the 100-member Supreme Council of Crimea — and executive power is held by a Council of Ministers, which is headed by a chairman who serves with the approval of the president of Ukraine. The courts, however, are part of the judicial system of Ukraine and have no autonomous authority.

Crimea is surrounded almost completely by the Black Sea, and encompasses an area of about 10,000 square miles (26,000 square kilometers), roughly the size of the state of Maryland. The peninsula is connected to the Ukrainian mainland by the narrow Isthmus of Perekop.

And Crimea — which rests about 200 miles (322 km) northwest of Sochi, Russia — enjoys the same mild, year-round climate as the site of the 2014 Winter Olympics. The climate is a big reason why Russian leaders are so adamant about keeping Crimea within their sphere: The Black Sea is home to Russia's only warm-water ports.

Though Crimea is recognized worldwide as a part of Ukraine, the Russian Navy has kept its Black Sea Fleet stationed at a naval base in Sevastopol (in southern Crimea) since the late 1700s. In 2010, Russia negotiated an agreement that allows the country to share the all-important Sevastopol naval base through 2042, in exchange for deep discounts of about $40 billion on natural gas from Russia.

Beyond the strategic importance of Crimea and Ukraine, the situation in the region is complicated by both the abundance and scarcity of certain natural resources.

Ukraine has been called "the breadbasket of Russia" for centuries, since the region produced much of the grain needed to feed the country's vast czarist empire. Even today, Ukraine is one of the world's largest producers of corn and wheat, and much of that passes through Crimean ports. (More than 50 percent of the Crimean economy is devoted to food production and distribution industries, according to Ukrainian government figures.)

But the semiarid climate that makes Crimea such a popular tourist destination also makes the peninsula largely dependent on Ukraine for water, as well as about 70 percent of its food, according to Slate.

The energy picture in Crimea and Ukraine is also tricky: Crimea relies on Ukraine for much of its electricity, and Europe relies on Russia for about 25 percent of its natural gas, according to CNN. Furthermore, the natural gas that Russia sends to Europe travels largely through pipelines that snake across the Ukrainian landscape.

That's why any instability in the region is bound to send shock waves through international energy markets: Crude-oil prices jumped by $2.33 a barrel on Monday (March 3), due in large part to jitters over the Russian aggression in Crimea, according to the Associated Press.

If you're looking for a time when the geopolitical scene in Crimea was stable, you won't have much luck. The peninsula has, throughout its long history, been occupied by ancient Greeks, Romans, Goths, Huns, Ottomans, Mongols, Venetians and Nazi Germans. [In Photos: Amazing Ruins of the Ancient World]

From 1853 to 1856, the Crimean War roiled the area, as France, England and the Ottoman Empire fought the Russians for control of Crimea and the Black Sea. Russia eventually lost and ceded its claim to the peninsula, but not before the cities and villages of Crimea were ravaged.

Despite its devastation, the Crimean War was noteworthy for several advances: Florence Nightingale and Russian surgeons introduced modern methods of nursing and battlefield care that are still in use today; the Russians soon abolished their medieval system of serfdom (in which peasants were bound to serve landowners, even as soldiers); and the use of photography and the telegraph gave the war a distinctly modern cast.

For proof that the past is never really gone, you need look no further than Crimea, home to an ancient ethnic group known as the Tatars, who still wield considerable influence.

Primarily Muslim, the Tatars of Crimea were instrumental in making the peninsula one of the centers of Islamic culture. They were also known as slave traders who raided lands as far north as modern-day Poland.

The Tatars didn't fare well in the Crimean War or in later conflicts, and many fled the region. Soviet leader Joseph Stalin may have dealt the Tatars their cruelest blow: By shipping food out of Crimea to central Russia in the 1920s, Stalin starved hundreds of thousands of Tatars.

During World War II, Crimean Tatars were deported by the thousands to serve as laborers and other menial workers in Russia under inhuman conditions — about half the Tatar population reportedly died as a result. [Video - World War II Underwater Graveyard Discovered]

After the fall of the Soviet empire, Tatars began to return to their ancestral Crimean homeland, where they now number about 250,000 — roughly 12 percent of the Crimean population.

For obvious reasons, the Crimean Tatars take a dim view of renewed Russian incursions into their homeland, and are likely to put up some resistance. "If there is a conflict, as the minority, we will be the first to suffer," Usein Sarano, a Crimean Tatar, told Reuters. "We are scared for our families, for our children."

They may be outnumbered, however: While much of western Ukraine favors a greater political, economic and cultural alliance with Western Europe and the United States, the majority of those in eastern Ukraine and Crimea — where many residents are ethnic Russians — look to Moscow for leadership and support.