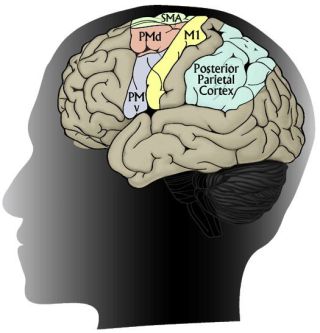 People are born with "kinship detectors" that help us stay away from romantic entanglements with our siblings that could lead to evolutionary disaster, a new study suggests.

But the system is far from fail-safe, the scientists found.

The research suggest humans automatically and unconsciously gauge the relatedness of people they meet beginning from a young age. People use at least two separate and obvious cues to determine whether someone is a brother or sister: If an individual is younger than us, we unconsciously observe how much time they’ve spent with our mothers; if they are older, we note how long we’ve lived with them.

What we do with that information was not so obvious until the new study was done.

If through this process we conclude that an individual is a sibling, then three things happen: We’re more inclined to go the extra mile for them; our yuck-factor at the thought of even making out with them shoots up; and our aversion to sibling-incest increases.

Inbreeding increases the likelihood that offspring are born with harmful genetic mutations that negatively affect health and fertility. For this reason, many species have evolved ways to spot close relatives and avoid mating with them.

"What this basically is saying is that no matter how attractive your sibling is to other people, it’s a deal breaker if it’s your sibling," said study team member Leda Cosmides of the University of California at Santa Barbara.

Cosmides also points out an unsettling flip side to using cohabitation as a sign of relatedness. "By the same token, you could have a full sibling but have been reared apart and have none of these cues; you wouldn’t in particular have an aversion to sex with them," she said.

The study is detailed in the Feb. 15 issue of the journal Nature.

The findings were based on a survey of more than 600 participants who were asked questions about their families, including whether they had siblings, how long they lived with their siblings and their siblings’ ages. They also indicated whether they had witnessed their mother breast feeding or otherwise caring for a sibling from an early age.

Participants then completed questionnaires to gauge their aversions to sibling incest and how kindly they felt toward their siblings. Questions included:

In another final questionnaire, participants ranked brother-sister sex on a "moral wrongness" scale that included other crimes such as child molestation, spousal murder, drug dealing and smoking marijuana.

Participants were then sorted into two groups: those who witnessed their mothers raising and caring for their siblings from infancy, and those who did not.

"When people see their moms care for their siblings as a newborn, they automatically register that individual as a sibling," explained study team member Debra Lieberman, now at the University of Hawaii in Honolulu. "And that ratchets up this kin detector, causing it to say ‘definitely kin.’"

This makes sense from an evolutionary perspective, Cosmides said. "We’re mammals, one of the species that have a lot of maternal care. And one of the best cues of who your own mother is who takes care of you the most," she told LiveScience.

"It looks like about 14 to 15 years of co-residence is the time required to reach the [same] levels of altruism and moral wrongness and sexual aversion" as people who saw their mothers raise their siblings, Lieberman said in a telephone interview.

Lieberman likens the unconscious development of sibling-incest aversion to a child’s acquisition of language.

"As a child you hear babbling and noises, and you put together words and language comes online. You’re not aware of that happening, but it certainly does," Lieberman said.

The researchers predict that similar kin detection mechanisms exist in other social species such as chimps and dolphins, animals that live in groups where individuals  frequently come into contact with one another.

In contrast, sea turtles, which scatter after hatching, would have little  use for kin detectors. "If a species is born and flies the coop, never likely to encounter another close genetic relative, then you’re very unlikely to see kin detection," Lieberman said.

Animals in captivity, such as in a zoo, often have minimal contact with siblings early on, so kin detection also probably is less prevalent in those cases, Lieberman said.

"In a zoo," she said, "you might find all sorts of inbreeding going on."