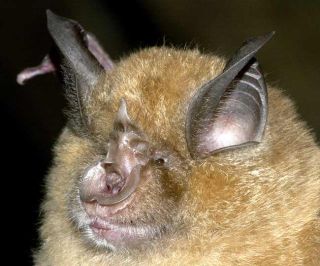 Female greater horseshoe bats like to keep it all in the family - they share mates with their mothers and even their grandmothers - but, somehow they avoid incest, a new study reports.

"She won't mate with her father. But she will mate with her mother's partner - but only when her mother has switched partners," said study leader Stephen Rossiter of the Queen Mary, University of London of the female bats.

Although this behavior sounds strange - and leads to some very confusing family trees - Rossiter suggests that it evolved to tighten relationships within the colony.

"One possibility is that by increasing kinship, sharing sexual partners strengthens social ties and promotes greater levels of cooperation within the colony," Rossiter said.

In some cases a female and her maternal half-aunt were also half-sisters on their father's side. It's pretty confusing, but think of it like this:

Females 3 and 3a are in related two ways now - female 3 is 3a's half aunt on their maternal side, but they're sisters on their dad's side. And, since horseshoe bats have a life span of about 30 years, it only gets more complicated down the road.

This study was part of one of the world's longest-running wild animal population studies. The researchers used genetic analysis techniques to draw up the family trees for over 450 bats in the attics of Woodchester Mansion in Gloucestershire, UK.

This research is detailed in the Sept. 15 issue of the journal Nature.

How it all started

For most of the year, female horseshoe bats live in a colony separate from the males, which generally live off on their own. The females raise the young together in a large group, presumably to keep warm and for safety reasons.

But once a year the females and males all get together for a wild mating season during which one male may be shared by several generations of females.

So how did these bats start this kinky behavior? One answer could be that generations ago the female colony all made the trip to the same mating site. Once there, the females may have shared information with each other about which of the males were good mates.

"The consequence is that the levels of relatedness increase dramatically in the colony," Rossiter said.

Somehow in all the confusion of hundreds of bats all trying to find a mate, the females manage to avoid mating with their fathers.

"We don't actually know how, but we have some suspicions," Rossiter said. "Presumably it's through some sort of olfactory sense - they smell out who their relatives are."

Animals in the wild generally tend to avoid inbreeding, although researchers aren't entirely sure they know how this works. One thing they do know is that incest can cause the expression of harmful genetic information.

If an individual is heterozygous, the dominant allele wins out and gets expressed. This is good for the individual if the recessive allele is harmful. Incest creates an increase of homozygous parings in a population, making it more likely that a harmful recessive-recessive could occur.

"The expression of these harmful alleles can lead to lowered reproduction and survival, known as inbreeding depression," Rossiter said.