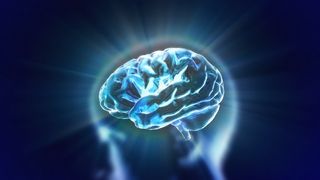 Some people feel pain more intensely than others, and new research suggests differences in pain sensitivity may be related to differences in brain structure.

In a new study, the researchers asked 116 healthy people to rate the intensity of their pain when a small spot of skin on their arm or leg was heated to 120 degrees Fahrenheit. A few days after pain-sensitivity testing, participants had their brains scanned in an MRI machine.

The results showed a link between an individual's sensitivity to pain, and the thickness of their brain's cortex, in regions that have previously been linked to attention control and introspection. The thinner the cortex in these areas, the more sensitive people were to painful stimuli. [5 Surprising Facts about Pain]

Understanding how the experience of pain is represented in the brain is essential for developing treatments for people suffering chronic pain, and scientists are looking for why people react differently to pain.

A previous study recently found that structural differences in the brain predicted whether people healed after an injury or developed chronic pain. On the other hand, researchers have found that the pain itself can change the brain structure, albeit temporarily.

Brain areas that the new study identified as linked to pain sensitivity are part of a network of regions that become activated when people are resting or daydreaming, or in other words, are in "default mode."

That may be why people with less gray matter volume in these areas are more sensitive to pain, and vice versa, the researchers said.

"Default-mode activity may compete with brain activity that generates an experience of pain," said study researcher Robert Coghill, a professor of neurobiology and anatomy at Wake Forest Baptist. In other words, people who spend more time in "default mode" may be less sensitive to pain.

Other areas the researchers found to be related to pain included the posterior parietal cortex, thought to play an important role in controlling attention. People who can best keep their attention focused may also be best at keeping pain under control, Coghill said.

The new findings, published Dec. 11 in the journal Pain, could potentially help predict people's pain sensitivity and provide a foundation for the development of better tools to treat and prevent pain, Coghill said.