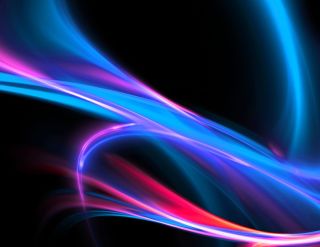 Metamaterials, which are artificial materials, can alter the properties of light waves in order to, say, bend these waves around an object and therefore render that object invisible at certain wavelengths.
(Image: © stavklem | Shutterstock)

An international team of researchers now proposes that so-called metamaterials, which can alter the properties of light waves often to render an object invisible, could perform mathematical operations as well. While they haven't built an actual device yet, their work shows the mathematical basis for the technology, which could dramatically speed up calculations such as those used in image processing. The study is detailed this week in the journal Science.

Until now, most research in this area had focused on using metamaterials to bend light around objects, to make them invisible at certain wavelengths. But Nader Engheta, a professor of electrical engineering at the University of Pennsylvania and a co-author of the paper, noted that metamaterials could change the shape of an incoming light wave in ways that have the same effect as performing calculations on a computer. [6 Tales of Invisibility in Pop Culture]

"As [a light wave] goes through a block [of metamaterial], by the time it comes out, it should have a shape that would be the result of mathematical operations," Engheta told LiveScience.

By running simulations of light waves passing through metamaterials, the team showed that the method could perform operations from calculus, such as taking derivatives — a measure of the rate of change in a mathematical equation. When you take a derivative of a curve, such as the profile of a light wave, and plot its shape onto a graph, the resulting curve shows how quickly the first curve is changing, called an "integral" in calculus. Placing another piece of metamaterial in front of the first one can reverse the operation, showing that the calculations can be done in both directions, just as a computer (or a person) would.

"As the wave travels through the material, its profile will change," Engheta said, referring to the shape of the light wave in space. "We can design the metamaterial's parameters as a function of position." A metamaterial might bend light in one direction for some distance and then change, so that when it emerges, the light has been bent twice, he said, and that would allow for more complex kinds of calculations. [Images: The World's Most Beautiful Equations]

Analog computing is back

Digital computers can perform certain kinds of math quickly and easily, as they can take single numbers and add, subtract, multiply and divide with lightning speed. And because digital computers are programmable, they can be used for multiple purposes.

But that's where their strength lies, Engheta said. A typical digital computer that is analyzing an image — for example, looking for the edges of an image — takes a long time because it has to take each pixel in the image and compare it with another pixel, and then calculate the difference between them — otherwise known as taking a derivative of the brightness curve.

A camera with a lens made of metamaterials could see the image and perform the same operation instantly, because the light wave itself would be changed after bouncing off that image. If you were to look at an image through such a material, you'd see the "find edges" function done already, with no need to perform millions of calculations. (Many image-processing programs seek edges in order to identify objects or render special effects.) In that sense, the metamaterial could be a combination between a lens and a computer.

Analog computers existed before the invention of digital ones. Some examples of analog computers include the simple slide rule, tabulating machines used in the early part of the 20th century or even World War II-era fire control systems. But such machines were big and power-hungry. A metamaterial computer could be much smaller because it wouldn't need the big mechanical parts required by the older machines — the block of material only needs to be bigger than the light waves passing through it, and visible light waves are on the scale of nanometers.

Engheta said that in the future, the metamaterial blocks don't have to be limited to one single mathematical operation, because the properties could be adjusted — for instance, the way it refracts or reflects light. The idea is similar to liquid crystals, which can be altered with electric charges to make images on phone and computer displays.