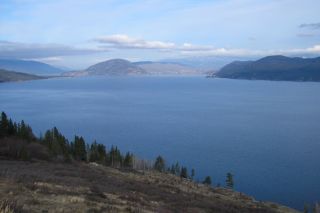 Scotland's Loch Ness may have the fame as far as lake monsters go, but for many monster searchers (often dubbed cryptozoologists), Ogopogo — a creature said to lurk in Canada's Lake Okanagan — is the most likely and best documented of all lake monsters.

For cryptozoologists like John Kirk of the British Columbia Scientific Cryptozoology Club, "The catalogue of films and video of Ogopogo are more numerous and of better quality than anything I have personally seen at Loch Ness and I believe that several of them are very persuasive that a large, living, unknown creature inhabits the lake."

There are dozens of reputed lake monsters around the world, but what makes Ogopogo especially interesting is its previous incarnation, according to legend, as a bloodthirsty killer. Ogopogo, some believe, has its roots in native Canadian Indian legends of a beast called N'ha-a-itk (also spelled Naitaka) that would demand a live sacrifice from travelers for safe passage across Lake Okanagan. Hundreds of years ago, whenever Indians would venture into the lake, they brought chickens or other small animals to kill and drop into the water to assure a safe journey.

It's clear, however, that these stories were not referring to a literal lake monster like Ogopogo, but instead to a legendary water spirit. Though the supernatural N'ha-a-itk of the Okanagan Valley Indians is long gone, a decidedly less fearsome — and more biological — beast, whose exact form is a matter of debate, has replaced it.

Ogopogo is often described as dark and multi-humped, with green, black, brown or gray skin. The head is said to look like that of a snake, sheep, horse, seal or even an alligator. Some eyewitnesses say it has ears or horns; others don't. Many sightings simply describe a featureless "log" that came alive.

Lake Okanagan is in British Columbia, about 250 miles (400 kilometers) east of Vancouver. The lake is 84 miles (135 km) long and between 2.5 and 3 miles (4 and 5 km) wide, with an average depth of 249 feet (76 m). The lake has been searched several times, most thoroughly in a 1991 expedition that looked for the monster with high-tech devices, including a remotely operated vehicle and a miniature submarine. The pilot took the vehicle to a depth of 840 feet along the lake bottom at the deepest part of the lake, but no Ogopogos were sighted, nor did the submarine discover any of the creatures' carcasses or bones.

The best film evidence of Ogopogo is about a minute of footage shot in 1968 by a man named Arthur Folden. Folden noticed "something large and lifelike" in the distance out on the calm water and pulled out his home movie camera to capture the object. An investigation I designed and conducted with John Kirk for the National Geographic Channel TV show "Is It Real?" in 2005 revealed that the object Folden filmed was indeed a real animal but its size had been greatly overestimated. It was probably a waterfowl or beaver too far away to be identified, but still leaving an impressive wake in the calm water.

What are eyewitnesses seeing? As with all lake monsters, there is no one specific explanation that accounts for all sightings. There are animals that might be mistaken for a strange creature when seen at or near the water's surface. If Ogopogo is real and exists, what is it? Explanations range from the plausible (manatee, sturgeon or oarfish) to the exotic (a dinosaur or a type of prehistoric whale called the zeuglodon).

Many sightings of the lake monster may not be of any living thing. Lake Okanagan's geological features create long, unusual waves that can look exactly like the monster, down to Ogopogo's signature series of humps. In other cases, a sighting of a moving hump in the water is not an aquatic optical illusion, but instead something almost as mundane: floating logs. This is easy to dismiss until you actually review dozens of sighting reports and read what eyewitness after eyewitness describes asa straight, featureless "log" that seemed to be floating in the waves.

A man visiting Lake Okanagan in 2011 claimed to have captured video of Ogopogo. According to a report in the Vancouver Sun, "Richard Huls says he always believed in the possibility of the monster rumored to be living in Okanagan Lake. Last Thursday, while visiting a West Kelowna winery, Huls shot video that he believes proves something does indeed live in the water. "It was not going with the waves," Huls said. "It was not a wave obviously, just a darker color. The size and the fact that they were not parallel with the waves made me think it had to be something else."

The video quality is poor and the camera is shaky, but a closer look at the 30-second video reveals that, instead of one long object, there are actually two shorter ones, and they seem to be floating next to each other at slightly different angles. There are no humps, nor head, nor form; only two long, darkish, more or less straight forms that appear to be a few dozen feet long. In short, they look a lot like floating logs, which would not be surprising since Lake Okanagan has tens of thousands of logs harvested by the timber industry floating just under the lake's surface.

Ogopogo may or may not really exist in Lake Okanagan, but it can certainly be found if you look; tourist shops along the lake sell plenty of Ogopogo-themed hats, T-shirts, mugs and plush toys.

Benjamin Radford is deputy editor of Skeptical Inquirer science magazine and author of six books including "Lake Monster Mysteries: Investigating the World's Most Elusive Creatures." His website is www.BenjaminRadford.com.