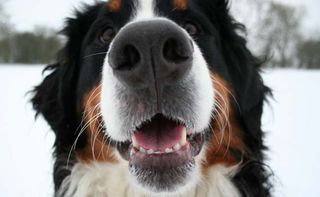 Miles, a 12-year-old Labrador retriever mix, was slowly dying of cancer. His owner, after seeing the effect that narcotic painkillers such as tramadol were having on Miles, decided to try something else: medical marijuana.

Within hours of taking a tincture of marijuana from a medical pot dispensary in Los Angeles, Miles' appetite returned, he stopped vomiting and began walking and running around. "It couldn't have been a coincidence," his owner told the Journal of the American Veterinary Medical Association.

As marijuana's once-ironclad restrictions become more relaxed, and researchers begin to find more therapeutic uses for the formerly banned substance, pet owners around the world may be wondering: Is pot good for my pet? [10 Surprising Facts About Dogs]

Since 1970, marijuana has been classified by the federal government as a Schedule I controlled substance, meaning it has no recognized medical uses and a high potential for abuse, placing it in the same category as heroin and LSD.

Many medical authorities, including the American Medical Association and the National Association for Public Health Policy, scoff at pot's Schedule I designation. So do legions of people who openly buy the drug at pot dispensaries in the dozens of states and countries that allow medical use of marijuana.

But veterinarians warn that marijuana — despite its potential therapeutic benefits — isn't always a good choice for dogs, cats and other animals.

Two dogs died in Colorado from marijuana toxicosis after ingesting butter laced with medical-grade marijuana, according to a 2012 report in the Journal of Veterinary Emergency and Critical Care.

The study's authors report that Colorado — which recently legalized the recreational use of marijuana — had experienced a fourfold increase in the number of pets seen in vet clinics for pot ingestion between 2005 and 2010, commensurate with an increasing number of licenses for medical marijuana during that period.

The problem is compounded when a pet eats marijuana contained in a food, such as chocolate brownies or raisin cookies, that is also unhealthy for pets. "If you give a dog a stick of butter or a bowl of cooking oil — marijuana or not — it's going to get sick," Colorado State University veterinarian and associate professor Timothy Hackett told Coloradoan.com.

"If you called me up and said your dog ate a whole tray of regular brownies, I'd be concerned enough to tell you to bring him in and induce vomiting," Hackett said. "If the dog ate one cookie or something like that, I'm not worried. I'm worried about you turning your back and a shoebox full of pot brownies being gone."

Is my dog stoned?

Marijuana doesn't affect dogs, cats and other animals exactly the same way it affects humans, according to experts. They may stumble around, look or act confused, appear sleepy or just dopey, Hackett said.

But in severe cases, dogs have reportedly shown symptoms like vomiting, tremors and incontinence, and rarely, some can die from marijuana toxicosis.

However, in the vast majority of cases involving marijuana ingestion, the animals simply get over it in a matter of hours. "I've seen many stoned dogs and most of them do just fine," Hackett said.