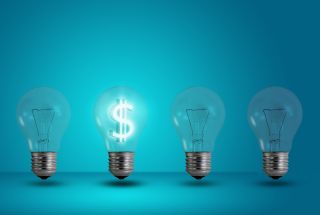 When the Energy Independence and Security Act (EISA) was signed into law in 2007, among its provisions was the eventual phasing out of an icon of 20th-century life: the familiar (but notoriously inefficient) incandescent light bulb, which wastes 90 percent of its energy use as heat, not light.

In response, conservative pundits howled in protest, claiming the law would destroy the free market, bankrupt consumers and unravel the very fabric of American life. The destruction and mayhem hasn't happened yet, but that hasn't stopped the grumbling from certain hidebound commentators.

As a result, many people have heard a number of ill-founded stories about the effect of the phasing-out of incandescent bulbs, which use a heated tungsten filament to produce light, and the dangers of compact fluorescent lamps (CFLs) and light-emitting diode (LED) lights. Here are a few facts that shine a light on some of the more odious myths being circulated today. [Light Bulbs: Incandescent, Fluorescent, LED (Infographic)]

No, armed government agents will not smash down your front door to confiscate your light bulbs, despite what you may have read on a fire-breathing conservative blog. The ban only applies to the manufacture and import of incandescent bulbs, not their use by consumers.

In fact, incandescent light bulbs will still be available in stores after Jan. 1, until supplies run out. And some specialty incandescent bulbs — appliance bulbs, rough service bulbs, marine lamps, three-way bulbs — are exempt from the ban and will continue to be available for purchase.

Myth 2: No light bulbs besides CFLs will be available.

There are several options for consumers after Jan. 1: Not only can you buy CFL, LED or halogen lamps, but next-generation, high-efficiency incandescent bulbs will also be available.

EISA doesn't favor one energy-saving technology over any other; it simply requires that all light bulbs sold meet basic efficiency standards. According to the Environmental Protection Agency (EPA), light bulbs that traditionally use between 40 and 100 watts of energy must use at least 27 percent less energy by 2014.

It's no secret that newer, high-efficiency light bulbs have a somewhat higher price tag than old-fashioned incandescent lamps. But that argument fails to take into account the high electric bills that accompany older, inefficient lamps.

About 12 percent of the average household's power bill goes to lighting, according to the EPA. A CFL bulb, which uses about 75 percent less energy than a comparable incandescent while lasting 10 times longer, will save consumers more than $40 over the lamp's lifetime.

Additionally, as lighting companies invest more in research, lighting technology will continue to improve, resulting in a wider array of inexpensive, high-efficiency alternatives.

Myth 4: CFLs will fill the world with toxic mercury.

Mercury is a hazardous material that's dangerous for human health and the environment. And it's true that CFLs contain a small amount of mercury.

But coal-fired power plants are the main emitters of mercury in the United States, releasing about 50 percent of all human-caused mercury emissions, according to the EPA, and lower energy demands overall will result in less mercury in the environment, not more.

Nonetheless, if a CFL breaks, the cleanup procedures are onerous (remove all people and pets from the room, air out the room for 10 minutes, do not vacuum, etc.) and CFLs usually must be taken to a recycling center — not thrown in the garbage — at the end of their life span. For that reason, many people are now choosing safer LED lights or other lamps instead of CFLs.

Myth 5: You can't use dimmers with energy-saving light bulbs.

There are some CFL and LED light bulbs that aren't compatible with dimmers. However, there are also CFLs, LEDs and halogen lamps that can be used with dimmers, provided the dimmer is the correct kind of dimmer for the bulb. Older styles of dimmers might damage the bulb, so make sure you're using a dimmer that's designed to work with high-efficiency lamps.